(1864-1933). A Sri Lankan Buddhist who founded the Maha Bodhi Society, and who was also an active member of the Theosophical Society (TS). Born David Hewavitharana, Dharmapala studied in a missionary school and grew up noting the decline of the his country’s religion and culture while it was under foreign power.

In 1884, Dharmapala met Helena P. BLAVATSKY and Henry S. OLCOTT, the two co-founders of the Theosophical Society, in Colombo, and this proved to be the turning point of his life. He later wrote that Blavatsky told him that due to his purity, it is possible for him to contact the Himalayan adepts. He thereafter made a pledge to study the Arhat doctrine. Upon reading about the Masters from Alfred P. SINNETT’s book, The Occult World, he wrote that “I surrendered my life to them and silently pledged to lead the chela life. HPB helped me much in my effort. . . . She wrote to me to follow the light that is within me. I have strictly followed her advice, and am glad to testify to her wonderful powers of mystic illumination.” Dharmapala had wanted to devote himself to theosophy, but it was Blavatsky who instead suggested to him to study Pali and the Dhamma and to work for humanity. He subsequently became a Buddhist monk and assumed the name Anagarika Dharmapala.

In 1884 he went with Blavatsky to ADYAR at the international headquarters of the Theosophical Society, and upon his return to Sri Lanka, he stayed at the theosophical headquarters in Colombo. With Olcott and Charles W. LEADBEATER, he joined the campaign for the establishment of Buddhist schools.

On May 31,1891, he founded the Maha Bodhi Society in India to help revive Buddhism there. The Society grew and became an influence in the spread of Buddhism. In 1893, he was chosen as the representative of Theravada Buddhism to the World Parliament of Religions in Chicago, during which he spoke about the Eightfold Path of the Buddha. He was subsequently invited to give lectures in other parts of the United States. In 1926, he established the London Buddhist Vihara, the first Buddhist monastery outside of Asia, which exists today.

Dharmapala is remembered today in the Buddhist world as one of the great advocates of the religion in the 20th century. 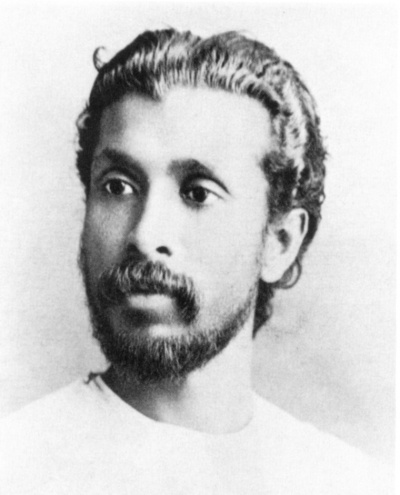