I was born in Dublin Ireland, April 13, 1851. My father was Frederic H Judge, my mother Alice Mary Quan, both Irish. Father was deeply interested in Freemasonry. Mother died young on the birth of her seventh child. I was educated in Dublin. In 1864 Father decided to emigrate to America & we were six of us brought by him here, . . . I studied law, living with my father, who however, died not very long after. When I came of age I was naturalized a citizen of the U. S. in April 1872, and in May of that year was admitted to the bar of New York; after that I practiced law steadily for many years. I left home to marry in 1874, Ella M. Smith of Brooklyn; . . .

At an early age I was interested in religion, magic, rosicrucianism. . . .

In 1874 thought of looking up spiritualism & finding Col. Olcott’s book “People from the Other World,” I wrote him asking for the address of a medium. He replied that he did not then know but had a friend Mme Blavatsky who asked him to ask me to call. I called at 46 Irving Place New York & made her acquaintance.

Looking back on this meeting after HPB’s death, he said:

She looked at me in recognition at that first hour, and never since has that look changed. Not as a questioner of philosophies did I come before her, . . . but as one who, wandering many periods through the corridors of life, was seeking the friends who could show where the designs for the work had been hidden . . . it was teacher and pupil, elder brother and younger, both bent on the one single end, but she with the power and the knowledge that belong but to lions and sages. (Lucifer, June 1891, p. 290)

Judge was active in the formation of the Theosophical Society, and studied with and helped Blavatsky while she lived in New York. When she and Olcott left for India in 1878, Judge wished to go also, but could not because of his domestic obligations. His business ventures at this time involved travel, and in Venezuela he contracted Chagres fever, a lingering disease from which he never fully recovered. In 1883 he was instrumental in founding the Aryan Theosophical Society in New York City.

Judge was free to move to India in 1884. En route he visited Blavatsky and Olcott in Europe, and received full powers to deal with the emerging Coulomb conspiracy at Adyar (see COULOMB, Emma). Late in 1884, however, he left India suddenly, giving no reason, to return to New York and, once reestablished in law, worked there for theosophy. In April 1886 Arthur Gebhard and he founded The Path magazine, with Judge as editor. This became the official organ of the American Section TS. Practicing law during the day, he worked at home far into the night, as at this time he had to write practically every article himself under various pen names.

Under Judge’s guidance, moves were taken to unite in thought and action the membership scattered across the United States. Starting with himself as primary speaker, he eventually placed three full-time traveling lecturers in the field to aid struggling groups and to support established centers. Local speakers were encouraged to start new centers in nearby communities. With only a dozen Branches in 1886, by 1896 there were over 100.

Blavatsky and Judge continued their close relationship. He always gave her his support and understanding, and when he thought she was in the wrong he told her so, while, as a young man, he at times needed both her encouragement and criticism. In her written statement of October 23, 1889 concerning Judge and the American work, she spoke of him as “part of herself” since “several aeons . . .” and as “the ANTAHKARANA [bridge] between the two manas(es), the American, and the Indian — or rather the Trans-Himalayan Esoteric Knowledge . . .”

By 1887, a few members had asked Judge if esoteric work might be established, and he wrote to Blavatsky suggesting such a move. After publishing The Secret Doctrine, she invited him to London and together they drew up the Preliminary Memorandum and Rules of the Esoteric Section. Judge then conducted the Esoteric Section in America as Secretary to Blavatsky.

In 1889 members of the Aryan Branch TS purchased a press and type, and secured the services of a member to operate it. The first publications were three small monthly magazines for members, followed by Patañjali’s Yoga Aphorisms (1889), Judge’s Echoes from the Orient (1890), the Bhagavad-Gita (1890) with introduction and footnotes by Judge, and Judge’s Letters That Have Helped Me (1891) and Ocean of Theosophy (1893). In 1895 Judge estimated that a half million flyers had been printed by the Aryan Press.

After Blavatsky’s death in 1891, Judge and Annie Besant jointly headed the Esoteric Section. As General Secretary and later as Vice-President of the TS, Judge continued to concentrate on the American work. He spoke at the 1893 World Parliament of Religions at the Chicago World’s Fair and the following year at the Religious Parliament of San Francisco’s Mid-Winter Fair. However, in 1894 Annie Besant accused Judge of “misusing” the Mah€tmas’ names and handwritings on letters to others. Olcott asked Judge to retire from all TS offices, but Judge cabled: “Charges absolutely false. You can take what proceedings you see fit; going London July.” The case was dismissed, and Besant stated that the charges had been blown out of all proportion by other parties and that she never doubted that Judge had in fact received the Masters’ messages.

Yet tensions continued between the two parties, Olcott and Besant on the one hand and Judge on the other. The case was reopened and consequently the 1895 Annual Convention of the American Section declared complete autonomy from Adyar and elected Judge President of the Theosophical Society in America for life, an action supported by groups of members in other Sections. But his years of continuous labor, combined with the effects of Chagres fever, finally took their toll, and Judge died March 21, 1896.

No figure rises out of the dim limbo of that recent, though already distant past, with a more engaging presence than that of this handsome Irish-American, and I venture to say that in a movement which has been a forcing house for greatness, no one developed such power, such capacity, such insight, in so short a space of time — when the pressure was put upon him — as Judge.

There is abundant evidence, aside from the best evidence of all — the fruitfulness of his labors — that he was under the direct guidance of the Masters. One Adept wrote of him, “when the presence is upon him, he knows well that which others only suspect and ‘divine.’” In the same letter he is referred to as the one “who of all chelas suffers most and demands, or even expects, the least.” He was a man of exquisite sympathy and gentleness: stern with himself, he was lenient toward others. Mr. Keightley has said, “Judge made the life portrayed by Jesus realizable to me.” He was that rare and beautiful thing, a practical mystic. One of his last messages to his intimate band of followers was that they should learn, by actual experience, that occult development comes best, quickest and safest, in the punctilious fulfillment of the small duties of every day. 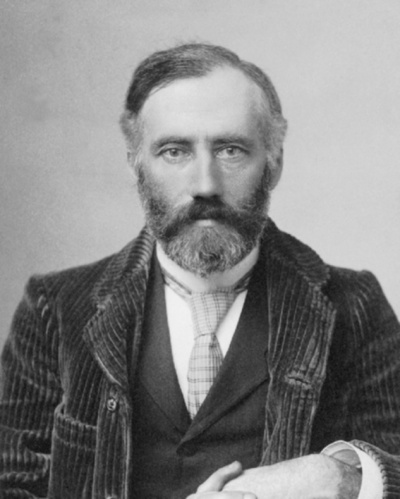