(née Bonus) (1846-1888). Was born September 16, 1846, at Stratford in Essex, England. She joined the Theosophical Society (TS) in January 1883. Kingsford never enjoyed particularly good health and as the youngest, by a margin of several years, in a large family, she tended to be isolated and solitary. From her earliest childhood she seems to have been conscious of a “mission” and according to her own recollection she came into reincarnation to fulfil it, even though she was strongly discouraged from doing so because of the extreme suffering that awaited her. She seems to have tended to disregard her human parentage and claimed to have “fairy” origin. The story is told of her first visit to a pantomime; when the fairies appeared on the stage she insisted that they were her proper people, crying and struggling to get to them with such an uproar that it became necessary to remove her from the theater.

During her girlhood she seems to have been chiefly occupied with the writing of poems and stories and had a poem published in a religious magazine when she was nine years old. A story she wrote when she was thirteen years of age, “Beatrice: A Tale of the Early Christians,” was accepted and published.

One gift that Kingsford manifested early in life was that of clairvoyance, but due to the hostile reception she received from her family she learned to hide the knowledge she had of the destinies of those around her.

In 1867 Anna married a cousin, Algernon Godfrey Kingsford, with the understanding that she should be free to pursue her “mission” no matter where her destiny should lie. Her husband decided to study for holy orders and she enthusiastically joined with him, thus gaining a considerable theological knowledge. She also joined the woman’s suffrage movement, but became disenchanted when she discovered that the leaders tended to deny their femininity.

In 1870 Kingsford became very ill and returned to her parent’s home to be nursed through a long convalescence. At this time she claimed to have received angelic visitations at night pressing her to join the Roman Catholic Church into which she was confirmed on June 9, 1872. The following year she embarked on a quest for a medical degree by entering and passing the matriculation examination at the Apothecaries Hall. Forthwith the English medical authorities closed their schools to women. Nothing daunted, she pursued her studies in Paris and eventually qualified as a medical practitioner.

During the years when she was studying Kingsford had formed an association with Edward Maitland and in the summer of 1881 they presented lectures to a London audience which in the following year were published under the title The Perfect Way, or the Finding of Christ. The book dealt with esoteric Christianity and attracted the attention of Helena P. BLAVATSKY who wrote in praise of its authors (CW IV:296). After the arrival of The Perfect Way in India, Henry S. OLCOTT invited Kingsland and Maitland to join the TS as President and Vice-President of the British Branch, commenting that “He and Blavatsky recognized in that book knowledge of which the Eastern Adepts had believed themselves to be the exclusive possessors, having been safeguarded by them from the remotest ages” (Light, 1893, p. 104). In January 1883 Kingsford and Edward Maitland, her associate, were elected, on the nomination of Charles C. MASSEY, President and Vice-President respectively of the British Theosophical Society.

In 1884, Olcott visited the London Lodge and found that all was not well. Kingsford, single-minded as usual, had insisted that the members should concentrate on the study of Christian and Egyptian oriented mysticism to the exclusion of the more Indian leaning of theosophy as promulgated by Alfred P. Sinnett and Blavatsky. The two factions seemed irreconcilable, so Olcott suggested to Kingsford that she form a new lodge for which he would grant a charter. This was done and for a while the new branch, called the Hermetic Society, flourished, but the premature death of Kingsford in 1888 left the new Society without a leader and it soon ceased to exist.

During her short life Kingsford embraced many causes, but she is chiefly remembered for her uncompromising stand against the torture and maiming of animals in the cause of scientific experimentation. She combined beauty, intelligence, and high ethical standards. She pursued her course in life with great courage, never allowing the rampantly male dominated society in which she lived to deflect her from that course. 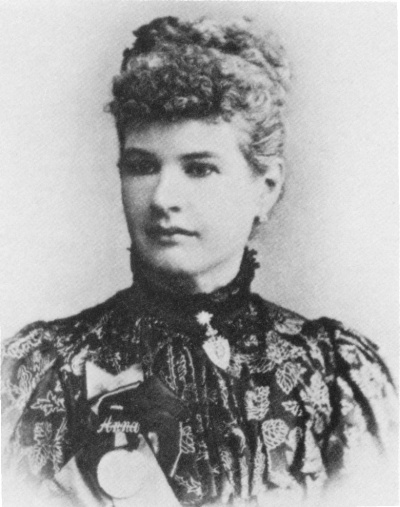