As the Flower Grows by Mabel Collins

As the Flower Grows by Mabel Collins

Some part of what I have seen myself on the battlefield of 1914-1915 I will set forth as plainly as possible; for it deeply concerns my theme, and bears on it.

One figure which is always present in the thick of the battle, and has been since the first shots were fired, is one which holds no rank in any of the armies, yet it is there on that blood-drenched ground, where none but combatants may be, amongst the men, beside the officers, with and close to everyone who is concerned in the war. That sounds as though it were omnipresent; and so it is. The ordinary physical sight does not perceive this Presence, and therefore to the soldier who has not yet suffered, it is not visible. But extreme agony dulls the physical sight, and opens the inner eyes. The Figure which stands beside the wounded soldier seems as a vision, and may only be remembered as a dream is; but for the moment its intense reality overpowers all else. The horror of the war fades, the dreadful emotions aroused by it disappear from the heart, and even the agony of the physical wound is blurred. The presence alone does all this; the pain is worth enduring for the sake of this amazing experience of actual acquaintance with the Healer of men. The Christ said that He would remain with us to the end of the aeon; He made this promise, and all who suffer so deeply that the bonds of the physical relax their hold, know that the promise is kept. He is always with us, in the hospitals, in sick-rooms, with the prisoners of war, with the mourners at gravesides, with all who weep those bitter tears that purge and purify the whole nature.

I have not been to the battlefield in the physical body, but I have been there constantly in one or other of the inner bodies, and I have always seen Him there.

My experience assures me that there is an astral counterpart of this planet, and that we all possess an astral form which lives in that world of star-substance, as our physical form lives on the surface of the globe. We habitually regard all physical phenomena as external, therefore I call the astral form an inner body. It might be considered otherwise, as the astral plane encircles the physical world; and the ethereal plane is again beyond that. But for all practical purposes the astral and ethereal forms are interwoven within the physical, to the man who is deeply immersed in human life. His physical body is where his consciousness is fully developed. He is aware of other beings solely by the use of his physical senses; and he can only attain knowledge of his own inner bodies, or those of others, by retreating within himself. This knowledge is most often obtained in ordinary human life by means of dreams. Everyone knows the sensation of moving hither and thither, in a state of active consciousness, in a dream, while the physical body is motionless in the mysterious state of sleep. Those who believe nothing exists but physical phenomena regard dreams as phantasies. The occultist speaks of dream-consciousness, knowing that “you travel when you sleep.” Most often the time of dream life is passed in the astral world. This is where the desires of the lower mental nature are very active, and it is better, if possible, not to linger there at all. As the ancient Persian stanza expresses it, “the soul takes the form of the thought.” Men’s thoughts are not always beautiful; in this age of war and racial hatred they are too often hideous. The ethereal world is so purified and exalted as to be almost spiritual, and the man who is without spirituality has a form upon that plane of life as helpless as a babe in swaddling-clothes is upon the physical plane. And in this state of helplessness he will remain unless he is possessed of an inner strength of will beyond that which most men possess, and can arouse himself. Pain and suffering are the instruments by which men of a material tendency are awakened to the knowledge of their own inner possibilities.

When a wounded soldier has lain all night under the stars, motionless, lest he should betray his comrades’ position to the enemy, and has swooned from agony and awakened to see the Good Shepherd bending over him, he begins to know that the eyes with which he sees are not the eyes that look on the physical world. Pain, heroically borne for the sake of others, has brought his ethereal form to sudden life and power. A soldier who lay like this from eight in the evening till eight next morning, told me the night had not seemed long in spite of the pain; he had been “quite happy.” And his wounds were such that he was a cripple for life! But he smiled always when he spoke of that strange night. Surely he had begun to have some understanding of what the Christ meant by the mystic words, “Whither I go ye know, and the way ye know.” All disciples know it is possible to follow Him up the ladder of being, on to different planes of consciousness. And now every soldier has the chance, by means of heroism and endurance, of attaining to this knowledge. A gay and high-spirited young officer, writing from the front to a friend in August 1915, said things were terrible out there, but wonders happened - the heavens opened and they saw marvellous things. He implied that this was an immense compensation for the horrors of the battlefield; dimly at first, and then more clearly, men come to know that the gain is worth the awful price paid. 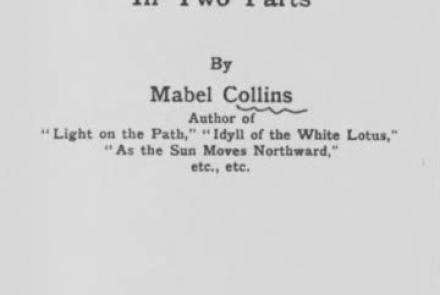