Meditation: What is it?

Meditation: What is it?

Today there is a lot of material available on meditation, much of which is seemingly conflicting. One feels at a loss to try and sort it all out. There exists, however, among the writings of the East, a classic text on meditation which gets to the heart of the matter, stating clearly and concisely just what meditation is. This text is held by tradition to contain the very essence of the science of meditation, received from the ancient Indian sages, and distilled through long ages of meditation experience. It has stood the test of time, and although it is now preserved in the Hindu tradition, its teachings on meditation are so universal that they have been taken over into the Buddhist tradition as well. Put simply, it states that:1 meditation is the fixing of the mind on an object and holding it there. What then results after prolonged practice is the merging of the mind with this object, whatever it may be. It makes little difference what this object is. To meditate is to place one’s consciousness on an object and keep it there.

For beginners, one is often advised to choose an external object on which to fix the mind. An example of this may be a flower. How long can you keep the flower and only the flower in your mind, with nothing else intruding? For most people, this will be a matter of seconds only. This, of course, is to develop the concentration aspect of meditation. The object chosen for developing concentration need not only be a thing, but could also be an activity. The beauty of this is that it can be practiced all day every day, in whatever one may be doing. When washing the dishes, think only of washing the dishes; when working at your job, think only of your job, and so on. This latter, by the way, may soon earn you a promotion, as it is so uncommon.

For one’s meditation sessions proper, the periods of time set aside just for meditation, a highly regarded choice of object is the breath. This meditation, then, is the observation of the breath, not to be confused with breathing exercises in which one tampers with the natural rhythms of the breath. Here one only observes, and makes no attempt to alter one’s breathing The unique advantage of this meditation has to do with the close link between the breath and the mind. In the East it is said that consciousness is mounted on the breath, or in the poetic words of the Book of Dzyan (V.2), “Fohat is the steed and the thought is the rider.” This type of meditation can provide useful insights to the attentive observer. At what stage of the breath, inbreathing, outbreathing, or pause, do what kinds of thoughts arise? Advanced sages hint that at a specific point in the cycle of the breath one may enter into the state of samadhi, the state in which the consciousness merges with its object.

It is well known that the ability to concentrate, or attention span, increases dramatically with interest in the object. This can be used to one’s advantage in meditation practice. By making the object of meditation something that is also of great interest, one can harness one’s natural interest and use it too much more easily achieve a state of concentration. The many people, for example, who have a devotional side to their nature, often find that they can quite effortlessly concentrate for long periods of time on the object of their devotion. Thus a commonly used objects of meditation is an ideal being, which may take the form of a favorite manifestation of divinity, etc.

Another widely used meditation object is a seed thought. These are often drawn from writings one finds inspiring. Indian tradition has picked out from the Upanishads “great sayings”(mahå-våkyas), four of which are used as the seed thoughts in the four orders of renunciants founded in the four corners of India by the great Vedanta teacher Shankaracharya. These are: prajñãnam brahma “Brahman (the absolute) is consciousness”; aham brahmãsmi, “I am brahman”; tat tvam asi, “You are that (ãtman, the self)”; ayam ãtmã brahma, “This self is brahman.” These Indian renunciants meditate on the same seed thought throughout their lives, because of the depth of meaning found in them. A meditation teacher once told us that he had been assigned the seed thought, “atom,” for six months. He thought that he was getting nowhere as the six month period neared completion and his meditations had been barren, when all of asudden whole worlds of meaning opened up to him.

A favored use of seed thought meditation among Tibetan Buddhists is to take any of the elements of existence which make up their world view, such as an atom might be in our world view, and meditate on its emptiness. This is in fact where they claim superiority over meditation as taught in the Hindu tradition. They could not improve upon the ancient Indian methods or techniques of meditation, namely how to fix the mind on an object and hold it there, but they felt they had made improvement regarding the object of meditation. To see in meditation that any object ultimately lacks any real existence of its own, or is empty, is to go beyond even the most subtle form of conceptualization, they say. They teach that this is a powerfully liberating form of meditation.

Mantras are also thought to be powerful in meditation, and are used in various ways. The Sanskrit seed thoughts given above from the Upanishads are not only seed thoughts, but are also mantras. Thus their effectiveness is not only dependent on their meaning, but also on their sound. Correct pronunciation of mantras is considered in Indian tradition very important for proper effectiveness. This is because sound is thought to have brought the worlds into existence and to sustain them on track, or to perpetuate the cosmic order. Tibetan tradition inherited the use of mantras from India, but over time lost the correct pronunciation. In Tibet, then, the effectiveness of mantras has largely been due to faith or confidence in them, rather than their meaning or their correct sound. So we here see three ways in which mantras are considered to be effective in meditation.

The mantra vehicle is the most common name in Tibet for the path of meditation practice following the “Books of Kiu-te,” or the Tibetan Buddhist Tantras. This is also referred to as the quick path, because it uses a special and very efficient method to achieve stability of the mind on an object: visualization. Here one visualizes specific divine forms, often with many heads and arms of various colors, which are symbolic of specific energies. These forms are generated from emptiness by using mantra sounds, and then are dissolved back into emptiness at the end of the meditation session. But visualization of any kind can be used in meditation to efficiently achieve stability of the mind on an object. A theosophist, who has studied spiritual evolution, may wish to visualize his or herself as a perfected human with all the virtues. This not only uses visualization for its efficiency in achieving stability of the mind on an object, but also for its transformative power in bringing in the energies associated with these virtues, thus helping to build them into one’s life.

[The foregoing article was written by David Reigle, and published in the High Country Theosophist, vol. 12, no. 11, Nov. 1997, pp. 18-20, as“Meditation.” This online edition is published by Eastern TraditionResearch Institute, copyright 2005] 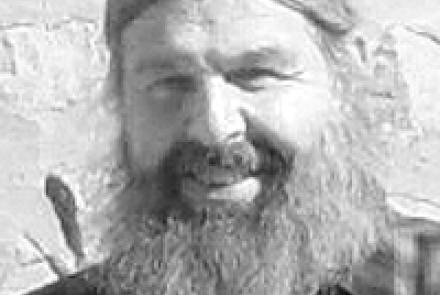