The Devas & Ourselves - P Bendit

The Devas & Ourselves - P Bendit

Phoebe Payne Bendit was a noted clairvoyant and, with her husband, the psychiatrist Laurence J. Bendit, a medical researcher. The Bendits were long-time members of the Theosophical Society. British by birth, they spent many years working at The Theosophical Society in America in Wheaton, Illinois, and also at the Krotona Institute in Ojai, California.

Phoebe Daphne Payne was born in either 1889 or 1891 in London’s East End, where her father was employed by the Thames Iron Works. John Payne, of Southern Irish and French Huguenot heritage, evidently was a restless soul, and the small family moved around a great deal during Phoebe's childhood. Her mother was English and trained as a teacher, which was fortunate since young Phoebe attended a dozen schools in as many years.

Phoebe was clairvoyant from birth. In one of her books, she described this as follows: “To be born clairvoyant is an odd thing because one is quite unable to assess ordinary life without its counterpart of extrasensory perception. I do not remember a time when the visible world did not play into and through another world. I had no idea where one ended and the other began: they were both to me ordinary and natural, and they belonged together. . . . The world of the living and of ordinary affairs wove itself across the pattern of the so-called dead and their environment. It was, therefore, logical enough that, as a child, I should find it extremely difficult to understand what people meant by death, or why they were gloomy about the subject. . . But being accustomed to the presence of dead people is only a small part of the psychic's life, the threads of which naturally weave themselves through the commonplace happenings of everyday life.”

Below is an audio recording of her talk: 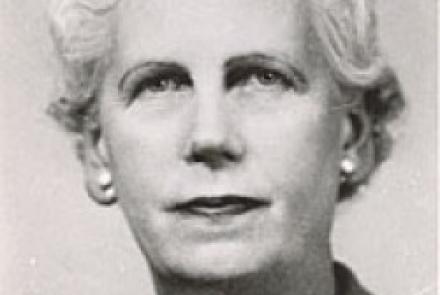