Rohit Mehta was born on August 3, 1908, at Surat in the family of Hasmanram, a professor of physics at the Elphinstone College, Bombay. He was educated in Bombay, Surat, and Ahmedabad, India. After several years of political activity with Mahatma Gandhi, Mr Mehta became a leader in the Theosophical Society in Adyar. He was a major lecturer and contributed greatly to Theosophical literature. The University of Lugano in Switzerland awarded him an honorary doctorate.

Around 1936, Mr Mehta came to see the political realm as soulless and took up the study of the works of Theosophy and Krishnamurti. He wrote of this change in his consciousness in A New World of Theosophical Socialism, in which he predicted the decline of Communism in the Soviet Union. In 1941, he went to Adyar in Tamil Nadu to work as recording secretary of the Theosophical Society and soon became the International Secretary, serving until 1945. After that term, he took on the responsibility of being General Secretary of the Indian Section from 1945 until 1959.

Below are audio recordings taken from talks he delivered in New Zealand. 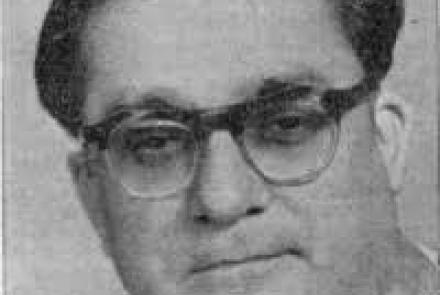