[Communication with Masters] (1)
by H.P. Blavatsky
[Reprinted from The Theosophist (Adyar,
Madras, India), February 1908, pp. 393-394.]
The following was written by H. P. B. in 1885 to an intimate friend (2):
It has been said by Babajee that "only the chela, entranced, can reach to the normal objective (meaning physical and personal) state of the Mahatmas".  How then about those who live with Them --- whether chelas or ignorance servants, those who see Them again objectively in Their material bodies?  Unless one regarded the Masters as “Spirits” the query seems pretty unanswerable.  If the above sentence, on the other hand, relates only to the Mahatmas at a distance, then the question changes.
(1) When Master orders a chela to precipitate a note or letter in His handwriting --- because of the intense desire of some one individual to that effect, a desire or prayer which, according to occult law, the Masters feel, and if the “addressee” is worthy, They are bound to notice one or the other --- he gets according to his deserts.  When the Master --- who certainly cannot descend to our level --- gives such an order to a chela, the latter acts according to the best of his ability, and if he, in any way, perverts the meaning, so much the worse for that chela and him or her who troubled the Master with his or her petty worldly affairs.  But each time when the desire for Master’s interference is intense and sufficiently pure (though foolish in Their sight) the Master’s sacramental phrase is: “Satisfy So-and-so,” --- to the chela.
(2) When the Mahatmas (or my Master for instance [who] appeared to Olcott in America) appear or manifest Themselves in Their astral bodies, Mayavi-rupa, (the whole of the fourth, a portion of the fifth and even an emanation from the sixth principle) it is Themselves, the Masters.  Never would an “Elemental” dare (if the creature were an intelligent being, which it is not) assume Master’s form.  Those who say it blaspheme.  They lower the powers of the Masters and Their sanctity, and moreover they have no idea of what an Elemental really means.  Perhaps they think of the Elementaries at the Seances, who clothe themselves out of human reflections and the images in the brains of those present.  These could produce a sorry caricature of one of the Masters, were they in presence of a strong medium who had see Masters’ portraits --- but even then the fraud would be soon detected.
(3) When one sees a Master clairvoyantly, and when the seer is pure and worthy of the blessing, his desire is sure to have attracted that Master’s attention, and it is then Himself.  To produce the vision clairvoyantly, whether subjective or even objective, the Master has to make a very slight effort indeed (if the person is a clairvoyante, nota bene --- otherwise it does require a great loss of energy).  He has only to send his astral reflection on the current --- that is thrown like a bridge between the Seer and the Master he thinks of --- (not on a ray of light but on the akasic cosmo-magnetic fluid or wave, at the command of every Mahatma or great Adept).
There are hundreds of things missing or incomplete in ---- ---- (3).  The teachings were given by Mahatma K. H., a few letters written by Himself, others precipitated by his chelas.  The mistakes made, whether through the fault of the “precipitators” or by others, have been and will be gradually explained and corrected.
(4) In case of ordinary persons who will themselves out of their physical bodies, the astral form whether it becomes objective or remains subjective (which depends on the psychic constitution of that person) is composed of the third and second principles --- the fluidic perisprit that every human (or even animal) being has inside himself.  The linga sharira proper cannot be moved until death, for it is part and parcel of the second or life principle, Jiva.  When C. saw B. so plainly, and he wrote to her that he had been thinking intently of her at the time, it was his astral body materialised in Akasha, unconsciously to himself, emanating from his lower principles, that got projected and became visible to C.”
Endnotes
(1)  An abbreviated version of this letter can also be found on pp. 206-207 of Esoteric Instructions No. VI (issued in 1901 by the Esoteric School of the Hargrove Theosophical Society, New York). There are several minor textual variations between the two versions.  We have incorporated a few variations from this 1901 version into the text as given in The Theosophist.---BA Editor.
(2)  Research indicates that this friend was Countess Constance Wachtmeister.---BA Editor.
(3)  Esoteric Buddhism by A.P. Sinnett.  First published in 1883, this book included extensive quotations from Master K.H.'s letters to Sinnett on the Theosophical teachings.---BA Editor. 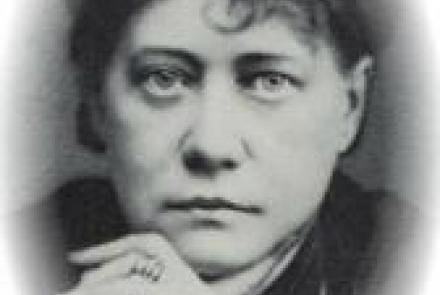