Consciousness - A Definition from 'The Secret Doctrine'

Consciousness - A Definition from 'The Secret Doctrine'

(a) Mind is a name given to the sum of the states of Consciousness grouped under Thought, Will, and Feeling.  During deep sleep, ideation ceases on the physical plane, and memory is in abeyance; thus for the time-being “Mind is not,” because the organ, through which the Ego manifests ideation and memory on the material plane, has temporarily ceased to function.  A noumenon can become a phenomenon on any plane of existence only by manifesting on that plane through an appropriate basis or vehicle; and during the long night of rest called Pralaya, when all the existences are dissolved, the “UNIVERSAL MIND” remains as a permanent possibility of mental action, or as that abstract absolute thought, of which mind is the concrete relative manifestation.  The AH-HI (Dhyan-Chohans) are the collective hosts of spiritual beings—the Angelic Hosts of Christianity, the Elohim and “Messengers” of the Jews—who are the vehicle for the manifestation of the divine or universal thought and will. They are the Intelligent Forces that give to and enact in Nature her “laws,” while themselves acting according to laws imposed upon them in a similar manner by still higher Powers; but they are not “the personifications” of the powers of Nature, as erroneously thought.  This hierarchy of spiritual Beings, through which the Universal Mind comes into action, is like an army—a “Host,” truly—by means of which the fighting power of a nation manifests itself, and which is composed of army corps, divisions, brigades, regiments, and so forth, each with its separate individuality or life, and its limited freedom of action and limited responsibilities; each contained in a larger individuality, to which its own interests are subservient, and each containing lesser individualities in itself. 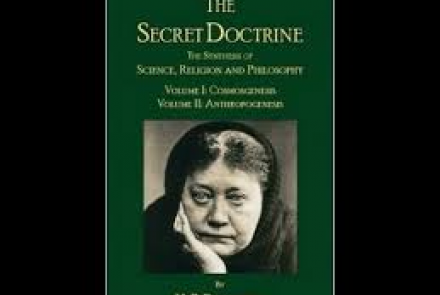