"When these letters were received by Messrs. Sinnett and Hume, copies were sent by order of the Master K.H. To H.P.B. And Damodar Mavlankar. Often extracts from them were sent to C.C. Massey inLondon, and others. Slowly as the months passed, an accumulation arose of these communications. It is from these original letters received
from the Masters that Mr. Sinnett wrote his Esoteric Buddhism. Copies of these letters, sometimes full and sometimes only important extracts from them, have been in the possession of the older and trusted Theosophists of Mr. Sinnett’s old circle.

One such copy was lying in the possession of C.W. Leadbeater, and I remember, as a boy, often looking at it. When in Australia in 1922, I had a copy made from this manuscript book of C.W. Leadbeater, and brought it to Adyar. It was only after the manuscript had been set up by the printer that, casually asking Miss Francesca Arundale if she had any copies of these early teachings, she brought out three manuscript books, and handed them to me. To my delight, I found that the books of Miss Arundale were far fuller than the book by C.W. Leadbeater. I have very carefully transcribed all that appears in both books, putting together as best I can, and in as coherent a fashion as possible, these early teachings"          -    C. Jinaradasa 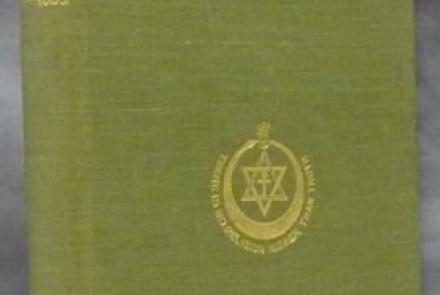