WHILST presenting this little volume to the public, we cannot but pay due tribute to the memory of one who had done such good service to the cause of Occult Science. The late lamented Mr. T. Subba Row, B.A., B.L., of the Madras University, was one of the highest Occultists of Southern India. We tried our utmost to collect as many facts relating to his life as we could possibly get from his relatives and friends, to enable us to write a short sketch of his life to go with this book. But, we regret to say, that our endeavours in this direc- tion have been without fruit. We have, therefort), had no alternative but to reproduce the notice of his death taken by Col. H. S. Olcott, in the " Theosophist," in ~ts place.

Mr. Subba Row ·was a member of the Theosophical Society, and was highly respected not only by all its members, but also by Madame H. P. Blavatsky, for his great erudition and proficiency in almost all the branches of Occult Science. Madame Blavatsky used always to consult him whenever there were difficult and intricate problems to be solved. And we know she had, at one time, sent the manuscripts of her most valuable work, '' The Secret Doctrine," to him for correction and alteration; but he declined to undertake the work because he believed the world was not yet prepared to accept the disclosures of those secrets which had bee'n, for good reason, hitherto kept within the knowledge of the sacred few. 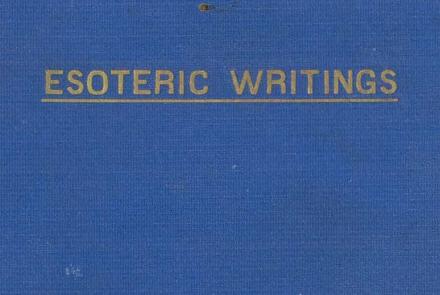