Foundations of Esoteric Philosophy - from the writings of H. P. Blavatsky

Foundations of Esoteric Philosophy - from the writings of H. P. Blavatsky

The particular task that Madame Blavatsky undertook in her writings was to bring to the attention of the western world the teachings of the Wisdom tradition, the Sacred Science of the east. Repeatedly she affirmed both the antiquity and the universality of these teachings, known since the early centuries of our era as Theosophy. For herself she claimed only the role of writer and transmitter.

The way in which she saw her task is plainly stated in the Preface to her greatest work, The Secret Doctrine, published in 1888;

These truths are in no sense put forward as a revelation; nor does the author claim the position of a revealer of mystic lore, now made public for the first time in the world's history. For what is contained in this work is to be found scattered throughout thousands of volumes embodying the scriptures of the great Asiatic and early European religions, hidden under glyph and symbol, and hitherto left unnoticed because of this veil. What is now attempted is to gather the oldest tenets together and to make of them one harmonious and unbroken whole.

The work of collecting and publishing all Madame Blavatsky's writings is now nearing completion, to make a total of some nineteen or twenty substantial volumes. The compiler of these Collected Writings, her great-nephew Boris de Zirkoff, informs the reader that a letter published in the New York Daily Graphic on 30 October 1874 was the first article definitely known to be from her pen. In 1877 her first major work, Isis Unveiled, appeared in two large volumes. It was followed eleven years later by the two volumes of The Secret Doctrine. Her last books, The Voice of the Silence and The Key to Theosophy, were published in 1889. If one bears in mind her long and frequent travels and the poor state of her health, with periods of severe illness, this enormous literary output in under seventeen years - and in a language that was not her own - seems little less than miraculous. It is to be noted that, although some letters and articles are awaiting publication in the Collected Writings, the great books have been continuously in print throughout the hundred or so years that have elapsed since their first appearance.

With such a mass of material, in which the topics range from Biblical symbolism to Darwinian theory, from an examination of antediluvian flora and fauna to quotations from the sacred texts of Hinduism and the Kabalah, as well as from 19th century philosophers, theologians and scientists, it would be difficult if not impossible for the reader to extract the essential framework of the theosophical system. However, Madame Blavatsky herself comes to the student's rescue by setting out here and there in numbered statements the principles on which that system is based. The collection of these statements presented here is intended to serve as an Ariadne's thread through the vast labyrinth of information, description, explanation, criticism, commentary and personal instruction that constitutes her well-nigh inexhaustible gift to posterity.

Where should the student begin? During Madame Blavatsky's last years, there gathered round her in London a group of earnest members of The Theosophical Society who applied themselves seriously to the study of The Secret Doctrine, questioning her and pressing her for further elucidation of the teaching. Happily for us, much of this oral instruction was taken down and later published in the Transactions of the Blavatsky Lodge, now forming the second half of Volume X of the Collected Writings. In addition to this, there is a small but invaluable collection of notes written down at the time by one member of the group, Commander Robert Bowen, and brought to light some forty years later by his son, Captain P.G. Bowen. Initially printed in 1932 in Theosophy in Ireland, these notes have since been published separately as a booklet entitled Madame Blavatsky on How to Study Theosophy; they are reproduced herein Appendix A.

It is from these notes that we learn not only the way in which, in her view, one should approach the study, the attitude and expectations one should bring to it, but further, the order in which the essential statements are to be taken before embarking on the whole work. In addition, she places before the student the basic ideas which he should keep permanently in mind. Her presentation of these ideas, together with the sections of the work to which she calls especial attention, form the greater part of this present collection.

Isis Unveiled is admittedly a diffuse and disorderly compilation, displaying extraordinary erudition in a woman who had had no formal education and whose travelling library seems to have consisted of no more than two or three dozen volumes. It is a mass of curiosities, of information and critical commentary on a truly vast range of subjects, of profound knowledge of the occult tradition in its many forms, but the material is presented in some confusion and often in a sharply polemic tone which declares its contemporary setting. At the end of Volume II, Madame Blavatsky summarizes in ten numbered items the essential elements of the teaching she has sought to lay before the reader. Although this was her first attempt to set out an orderly statement of the fundamental principles of the esoteric philosophy enunciated in her work, the relevant passage is here given last, for the reason that, as will be seen, she had not at that time clearly distinguished between the broad principles and the secondary material, that is, the working out of the principles in particulars. In speaking of her occult instructors she used the name of Masters, because it was from them, as she explicitly states in The Key to Theosophy, that she derived all her knowledge of the theosophical system. Nevertheless, it was left entirely to her to use the knowledge communicated to her as best she could, organizing the material and developing literary skills in the doing.

In preparing the passages for this collection, the three editions of The Secret Doctrine in current use have been consulted, and references are given to all three, in date order, thus: First Edition 1888/Third Edition 1893/Adyar 6-vol. Editions. As the aim here is to present the basic teaching in the most readable form, some discretion has been exercised in modifying the use of punctuation, capital letters and italics, where this has been thought appropriate to facilitate first acquaintance with the text. Each extract is preceded by an introductory note, and a Glossary of terms is given in Appendix B.

The listing of those ideas that must be recognized as fundamental to the theosophical system is to some extent arbitrary. So we find that Madame Blavatsky presents the student of Theosophy with three fundamental propositions, four basic ideas, a summary of six numbered points, a further five proven facts, and the ten items recapitulating the essentials of Isis Unveiled. Yet, above and beyond all lists and enumerations of principles, there must ever be the affirmation of the ONE - the nameless Reality from which and in which all things have their being. As there can be no understanding of Theosophy without constant reference back to this fundamental Unity, the unequivocal statement of the Unity has been placed first in this selection of extracts. 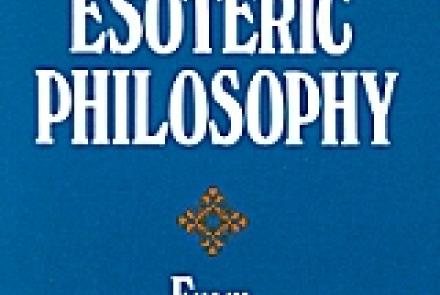