Master-key to the mysteries of the ancient and modern science and theology, published in 1877, Isis Unveiled is a book of esoteric philosophy and Helena Petrovna Blavatsky's first major work.

"Isis Unveiled" was H.P. Blavatsky's first major literary effort, a critical response to the growing materialism in both scientific and religious institutions, and a vindication of the ageless quest. In the author's words, Isis 'is the fruit of a somewhat intimate acquaintance with Eastern adepts and study of their science...They showed us that by combining science with religion, the existence of God and immortality of man's spirit may be demonstrated'. Supported by extensive evidence from religious and mystical traditions, classical scholarship, and the testimony of nature, these volumes aid the student in detecting the vital principles which underlie the philosophical systems of old. Volume I focuses on the prevailing scientific theories of the time, balanced against the 'anciently universal Wisdom Religion', while Volume II examines the creeds of religions past and present, alongside the myths and symbols of various cultures. Throughout, the author strikes at the root of dogma and affirms the 'paramount importance of re-establishing the Hermetic philosophy in a world which blindly believes it has outgrown it. 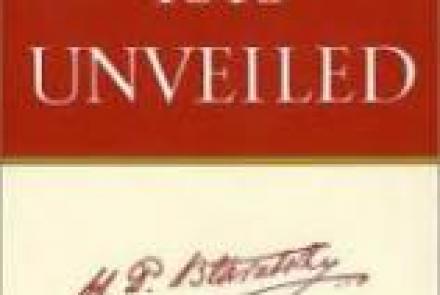