Alexandra David-Neel was a Belgian-French explorer, spiritualist, Buddhist, anarchist and writer, most known for her visit to Lhasa, Tibet, in 1924, when it was still forbidden to foreigners. David-Neel wrote over 30 books about Eastern religion, philosophy, and her travels. Her teachings influenced beat writers Jack Kerouac and Allen Ginsberg, philosopher Alan Watts, and esotericist Benjamin Creme. Seeker, adventurer, pilgrim, and scholar, David-Neel (1868-1969) was the first European woman to explore the once-forbidden city of Lhasa. This memoir offers an objective account of the supernatural events she witnessed during the 1920s among the mystics and hermits of Tibet - including levitation, telepathy, and the ability to walk on water. Includes all the photographs from the original edition.

In her early twenties she was introduced to Madame Blavatsky, whose esoteric ideas had a significant influence on Alexandra. She formed a close allegiance with Annie Besant and joined the European Section of the Theosophical Society in London on June 7, 1892. In 1893 she went to Adyar and spent much of the year there studying Sanskrit. 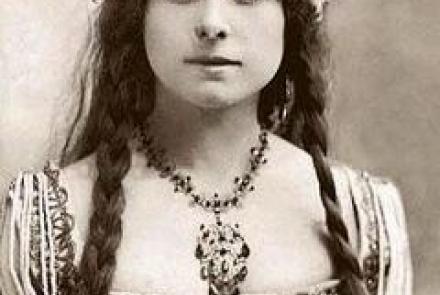