The Memory of Past Births - by Charles Johnston

The Memory of Past Births - by Charles Johnston

Born in Ireland in 1867, Charles Johnston studied Oriental Studies, and learned Sanskrit, Russian and German. Among his classmates were William Butler Yeates and George William Russell, with whom he shared an interest in the occult.

Later, he worked as a journalist. In 1884, he read Alfred Percy Sinnett's work The Occult World and founded, together with Yeats and Russell on 16 June 1885, the Hermetic Society in Dublin. He was responsible for introducing W. B Yeates to Madame Blavatsky in spring 1887.

As an author, he devoted himself primarily to philosophical and theosophical topics. This book looks at the ways of seeing Past Lives through the connection with our eternal higher selves. 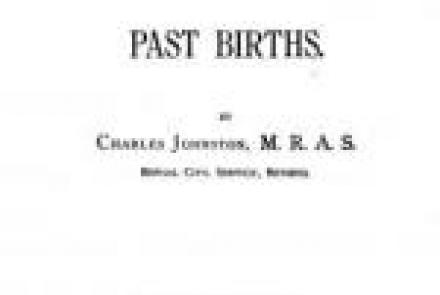