Meditation establishes a close link with our inner spiritual nature. Identification with this 'imprisoned splendour' constitutes the superconscious experience. This book details disciplines and techniques used to attain this blissful, elevated state.

Douglas Baker, English born and raised in South Africa has done extensive scientific research into those hinterlands of the mind which one might call psi-semantics.

His transformative experiences during the Second World War, when twice severely wounded, set the pattern for his life long investigations into the Powers Latent in Man.

Douglas Baker graduated in the Arts & Humanities in South Africa and qualified in medicine at Sheffield University (UK) in 1964.

Having taught in the East End schools of London for 10 years, he began his incredible lecture tours of the Western world giving lectures and seminars in Esoteric Healing, Esoteric Anatomy, Esoteric Astrology, Esoteric Psychology and Metaphysics.

He, more than any other, set in motion the trends towards alternative methods of medicine which have transformed that field in Britain today.

As medical advisor to the De la Warr laboratories in Oxford, he undertook research into Biomagnetism and its effects on the human aura and dark matter, producing the book by the same name in conjunction with George de la Warr.

Through the years he has given more than 10,000 lectures and attracted people all over the world to his Esoteric Science Festivals staged in London, Switzerland, Italy, South Africa, Canada and the United States.

His personal research and experimentation in Alchemy drew forth his book The Diary of an Alchemist.

Douglas Baker established Claregate College, first in America and later in England the 1970's and encouraged many hundreds of people to systematise their esoteric studies by attending seminars, and through the Claregate Correspondence Course.

His College's film faculty produced an exciting dramatic account of a period in the life of Paracelsus, the father of modern and complementary medicine. This million-pound production, with some of Britain's finest actors was released at the Cannes Film Festival in 1991.

His extensive esoteric works are said to be the largest collection in the produced by a living author. He has written over 100 books and his list of audio tapes extends to include 400 live lectures given around the world.

His books are now being translated into the 7 European languages.

Douglas Baker has led the field in esoteric astrology, producing with a team, his magnum opus, a Dictionary of Astrology for the 21st Century in three volumes. This is in addition to the already existing 11 volume set of text books on the same subject.

His most recent production is a comprehensive video course on Esoteric Astrology which explores the impact of astrology on all aspects of life and consciousness in a new and unique fashion, full of relevance to the modern and future world.

He is presently engaged in research work extending the discovereis in the field of Occult Chemistry, particularly dwelling on background radiation and special characteristics of the carbon atom and the role it plays in organic chemistry. He is also looking into the esoteric factors related to weightessness in space physiology.

His previous research into the Akashic Records is well know and documented. These have produced compelling answers to such mysteries as the true authorship of the works of Shakespeare. 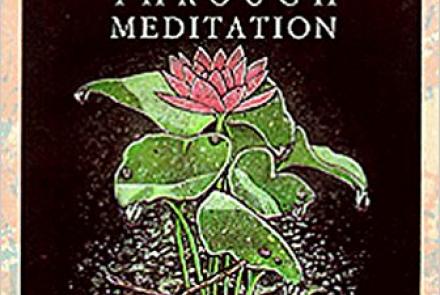