Theosophy is in its fulness a comprehensive knowledge of the nature and the workings of Nature, in which man plays a prime part. The human kingdom is a critical stage in the immense evolutionary programme when 'Man', the thinker, is born. The knowledge of Theosophy is gained by generations of trained seekers and enquirers, Initiates in the Arcane Mysteries. It claims to be an expression of Truth, the facts of existence. It is therefore not a matter of conjecture or belief.

Nature herself is seen as a collectivity of all that comprises her in a series of hierarchies of living beings from the very lowliest to the highest, from the elements comprising the matter of our objective world, up the evolutionary ladder through the kingdoms of Nature to man and beyond, into the realms of super-humanity. Theosophy postulates grades of 'The Thinker', by Rodin superhuman beings which, as collective beings with their accumulated wisdom and knowledge, comprise the 'creators' and 'governers' of our planetary system.

Theosophy tells us that at the heart of all things is one common Essence. This essence manifests as 'Life'. Everything is endowed with it; there is no dead matter. Similarly everything has its degree of sentience, even if only an ability to respond to, or just 'feel', i.e., react to outside stimuli, and even memory. In its more developed forms sentience becomes consciousness. This sentiency manifests from the lowliest elemental or mineral forms, through the more complex ones of vegetable and animal, to full-blown consciousness in man. Thereafter it passes through all gradations to levels of awareness of a grandeur hardly dreamt of at our level of evolution. Because of the developed faculties and purified spiritual nature of these denizens of the highest levels of being, they may be regarded as gods. As they have developed them in themselves, so they can bequeath to man who can express them the most ennobling and compassionate impulses. These increase as the ladder of evolution is ascended.

The potentialities of Theosophy then can be thought of in terms of the ways that they affect behaviour. This is particularly the case in man himself and the whole human situation. Twelve aspects of these potentialities can readily be identified:

1. The notion of Deity in Cosmos and Man.

2. The Occult Constitution of Man and the Planes of Being.

5. The notion of Reincarnation, in relation to Cycles of Becoming.

6. Religion: all systems for the guidance of Man on his spiritual journey.

7. After-death states. Spiritualism and the Paranormal.

8. Ecology, a sympathetic relationship to Nature.

9. The Ordering of society: freedom within a framework of wise laws.

10. Education: the instilling of healthy values and right culture of the individual.

11. Science: man's attempts to understand the workings of Nature.

12. The Arts, Health, Psychology and Parapsychology.

Some students of Theosophy may wonder why Theosophy's grand Cosmology has not been mentioned. The Cosmology when studied in depth provides answers to many questions as to how things come to be and to be as they are, and 'things' here include those things which to us at the physical level are not only objective but subjective, pertaining to our inner natures. This Cosmology, or an acknowledgment of it, is not, however, a potentiality for the benefit of humanity ordinarily at the present time.

One of the principal potentialities of Theosophy is its explanatory nature. It provides us with an encyclopaedic knowledge, data for a viable universal model or paradigm to use the language of modern science, until we can know for ourselves. 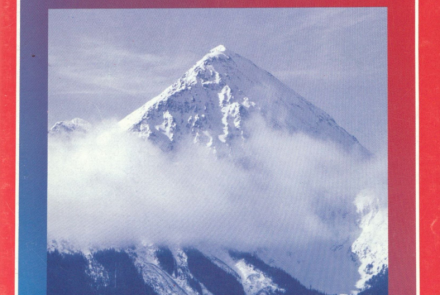