THE DISCIPLINE OF NO-SELF “Study results in humility” (vidya vinayam dadati). This dictum is known all over India. The absence of self-importance is the mark of a person of learning and true culture. But the sentence also lends itself to the interpretation “Learning leads to discipline”—not a discipline imposed from outside by scripture or other authority, but the discipline of no-self. From a spiritual point of view, all study must be a process of learning and not a matter of absorbing other people’s ideas, of memorizing passages and accumulating information. Learning must bring about internal change and growth of understanding.

If study does not lead to the purity of selflessness, there is no real learning. But when there is learning, discipline comes naturally with it. We may take as an example the study of such a subject as the unity of life. If the study is theoretical nothing is accomplished. But if we learn through study to reflect over our experiences in daily life, and are guided by a sense of unity in our relationships, we learn to live composed and orderly lives. The feeling of unity strengthens sympathetic and compassionate attitudes and debars us from taking certain kinds of actions. When unity is felt, is it possible to hurt another—not only another human being, but even an insect or an animal? Harmful actions are impossible for one who is sensitive to the truth of unity. So the discipline of harmlessness becomes a natural part of our life to the extent unity is experienced.

Most people, particularly in the Western countries, do not like the word “discipline.” They feel it is an inroad on their freedom. In the East, where people accept the idea of a disciplined life, duties are performed as part of a religious routine and not much attention is given to relationships. Therefore, in this age of information, both Western and Eastern societies are chaotic, rampant with the indiscipline of egoism.

Seeking higher knowledge while ignoring the need for discipline is a form of ignorance. Knowledge springs from within, from the Self, which is a state of knowledge or wisdom. But for that knowledge to manifest itself, what is termed the personality or lower self must be disciplined and subordinated to the true Self. The personality has often been compared to turbulent horses and restless monkeys. Allowed to have its way, it will lead away from knowledge. But with discipline, it learns to serve the Teacher within.

According to HPB, instruction which will lead to Divine Wisdom cannot be given unless certain conditions are complied with and rigorously carried out during the years of study. Real spiritual teachers do not accept disciples when there is unwillingness to fulfill the necessary conditions.

HPB gives a list of what she calls the most efficacious means of attaining true knowledge and preparing for the receipt of higher wisdom: meditation, abstinence, the observance of moral duties, gentle thoughts, good deeds, kind words, good will to all, and entire oblivion of self. In the Mahatma Letters and elsewhere there are similar lists. Any one of these put into practice renders the consciousness of the student much more receptive and sensitive. Then all instruction received from a teacher or an external source is assimilated and turns into teaching that we give to ourselves. It is the same as what our wisdom-nature tells us. No discipline that does not arise from one’s own understanding and study is effective.

Many important teachings are very simple, but people choose not to understand them. The teaching about harmlessness, for example, is known to Christians, who have been told, “Do not kill”; the Buddhist discipline prohibits the causing of injury; other religions also uphold the principle of nonviolence. But most people interpret these instructions to suit their convenience, and therefore their religious practices do not result in transforming them. Only by adopting a way of life that quiets the brain and mind and leads to clarity of perception does theoretical instruction become true knowledge.

The points HPB made could be dismissed as commonplace. We may say, “We know we should have gentle thoughts,” but do we reflect over the importance of these two words, not only for ourselves, but for the world? Do we realize that we are continually populating the world with our thoughts and influencing others? To build a gentle world there must be gentle thoughts.

As mentioned, the serious study of the unity of life eliminates restless and harmful activity. Similarly the study of karma, if earnestly pursued, will bring about a change in our lives and lead to a state of peace and harmony. Understanding karma means abstaining from every form of malevolence and taking care that the influences we shed are gentle and helpful. The last condition that HPB mentioned—entire oblivion of the self—will not come all of a sudden, but when the other points are followed up, the little self is subdued and the mind becomes humble and naturally disciplined, and thus open to the higher Wisdom.

According to recent reports, the influx of young Tibetans into India continues. Children arrive in Nepal and elsewhere after making an arduous and dangerous trip over Himalayan passes at the coldest time of the year, because the winter weather deters the Chinese soldiers from manning the posts. Although the absence of the soldiers is an advantage, the intemperate climate and the nature of the terrain put the children at high risk. Yet the parents send them over, hoping for the best, which is a proof of the extreme difficulties and afflictions to which the Tibetans who remain in their homeland are subjected.

Despite all, their revered Head, His Holiness the Dalai Lama, continues to affirm his faith in a nonviolent approach to gain freedom for his people. He says, “For us Tibetans, the path of nonviolence is a matter of principle. And I am convinced that this approach is the most beneficial and practical course in the long run.” Those who are acquainted with the Dalai Lama know well that he means what he says. The nonviolent approach is not a political card he is playing in the absence of better ones. It is a different way of thinking.

No one else is better informed about the conditions in Tibet than he. The continuing repression and the utter disregard of human dignity and rights surely call forth his deepest compassion. But he seeks no remedy that in the long run will cause more damage than good. Last year, he stated uncompromisingly that the most devastating cause of human suffering, of deprivation of human dignity, freedom, and peace, has been the culture of violence in resolving differences and conflicts. According to him, the challenge of the next century is to deal with conflict through dialogue and nonviolent means. This is what he practices and advocates without equivocation.

Such far vision is very rare indeed. The Lord Buddha taught that a peaceful mind alone can deal with and dissipate every form of aggression and injustice. Violence in meeting violence is what most human beings believe in, and this epitomizes human history. The world is therefore no nearer to freedom from suffering and cruelty. Throughout the world there are intractable problems and unending conflicts because hatred gives birth to further hatred. The Dalai Lama significantly declares:

A new way of thinking has become the necessary condition for responsible living and acting. If we maintain obsolete values and beliefs, a fragmented consciousness and self-centered spirit, we will continue to hold on to outdated goals and behaviors. Such an attitude by a large number of people would block the entire transition to an interdependent yet peaceful and cooperative global society.

The above statement is undoubtedly that of a far-seeing world leader who stands above the petty policies and manipulations normally adopted by those whose minds are not illumined by the sublimity of true religious teaching. 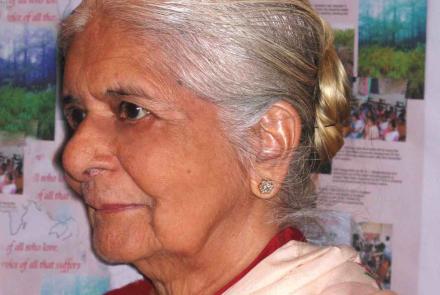