GEOFFREY HODSON was born on the 12th of March 1886 at Wainfleet, Lincolnshire, England at 6:55 am. He was the eldest of five children, three boys and two girls.

His occult experiences began when he was about five or six years old. He had dream experiences in the half waking state and this seemed to be connected with Kundalini. Here are Mr Hodson’s words describing that event.

‘It seemed that from within the sun a huge birdlike figure of fire, with a long tail shaped like that of a lyre bird, descended and entered my whole body through the crown of my head almost setting up a blazing fire within me.’

Kundalini is the power of life, one of the great forces. It is also known as the Serpent Fire.

Mr Hodson studied philosophy in his youth and intuitively felt that there was a Secret Brotherhood Of Perfected Beings. In 1912 he attended a lecture by Dr. Besant who was a guest lecturer from the Theosophical Society. She had entitled and her talk as, The Great White Brotherhood. He saw her aura shining out far beyond the walls of the building with wonderful colours radiating out to the world. He immediately joined the Manchester branch of the Theosophical Society and was later appointed one of its visiting lecturers and teachers.

In 1917 he became a Tank Commander and was sent early to France and Belgium. At this time he was having a variety of spiritual experiences and his supernatural ability of clairvoyance was growing stronger. One such experience which possibly saved his life is as follows.

‘As I walked rapidly down the street, a huge shell came over and seemed to be aimed directly at me. There was pressure as of a hand between my shoulders, and I was forced to lie flat on the ground. The shell came down a few yards behind me, and all the power of the explosion passed over me.’

After the successful allied breakthrough Lt. Hodson and his tank crew were presented to Field Marshall Haig for bravery and Lt. Hodson was recommended for the Military Cross. It was at this time (26 years old) that he had a momentous experience. As stated in his personal diary, Light of the Sanctuary- The Occult Diary of Geoffrey Hodson, after a long motorcycle ride he stretched out on his bed to rest when the following incident occured -

‘I was wholly caught up in the consciousness of being in the Presence of one of the great Masters of the Wisdom, the Master Kuthumi. I remained there for a time in deep meditation.’

Following demobilisation he married Miss Jane Carter and he joined the YMCA Secretariat. It was around this time he met a Mrs Mary De La Middleton who said that her own Master, the Master Rakoczy, had instructed her to show him how to awaken clairvoyance when required, focus it at different levels, project energies and heal others. It was at this stage Geoffrey Hodson with his wife toured Lancashire on his motorcycle and sidecar making detailed notes on the various types of fairies and nature spirits there.

This culminated when he was on holiday in the beautiful valley of Sheepscombe. There he and his wife studied the angelic kingdom and he received teachings from a very highly evolved angel.

‘Quite suddenly and entirely unsought I had a tremendous expansion of consciousness. It seemed that the whole heavens opened and became filled with light and I was caught up into a height which I had never hitherto attained. All was radiant with “the light that never was, on sea or land” … I became aware of the presence of a great angelic Being from Whose consciousness to mine there began to flow a stream of ideas concerning the life, the forces, and the consciousness of the universe as these realities express themselves in both Angels and human beings… He was majestic, godlike, impassive, and utterly impersonal.’

Later Mr. Hodson sent some of this material to Dr Annie Besant, President of the Theosophical Society and asked for advice on what to do with it. He met her in 1927 and she said to him -

‘Mr Hodson this is just what we have been expecting. It is one of the signs of the coming of the New Age.’

‘Does this mean Dr. Besant’ I asked, ‘that I am to announce the formation of a movement called ‘The Brotherhood of Angels and Men’

‘I will test that’ she replied and was silent for some minutes. Finally she said, ‘Yes, proceed and I will support you. If you wish, I shall be glad to write an introduction to your first volume.’

Annie Besant wrote an introduction to his book called The Brotherhood of Angels and of Men. The forward reads:

‘I have been asked to introduce this book to a sceptical world, and yet a world in which every religion, each scripture, asserts the fact of the existence of Angels and of their occasional appearances among men. They may be called by any name, angels, nature-spirits, devas (shining ones), elementals. Angels or devas is the term often applied to the higher grades, nature spirits, elementals, fairies, to the lower.

At this period of evolution, we are under the influence of a natural force, which will slowly become predominant in every department of nature; it is the force which works for co-operation between angelhood and humanity and seeks to build bridges by which the two great races, human and angelic, may combine for their mutual good. These bridges are ceremonies, chiefly in religions and in Freemasonry, for these deal with the highest spiritual worlds through all worlds, the superhuman, the human, down to the lowest, the sub-human.

I have not studied the subject closely, as Mr. Geoffrey Hodson has done, but his observations are congruous with the many details in Hindu books and with my general knowledge on the subject, gained in travelling in different countries as well as by reading. In Hungary, for instance, the nature spirits of the earth seemed specially active, quaint little creatures, veritable gnomes, entirely different from the gorgeous hosts of Kubera in India, though both are concerned with the mineral kingdom.

This book is specially interesting in the suggestions made by the angels of ways of reaching them, and as to mutual co-operation, and many may be inclined to work for The Brotherhood of Men and Angels.’

This was the beginning of his work with the angelic kingdom. He wrote many, many books about his investigations there and the angelic teachings given him throughout his life. Much later he also wrote:

I have received throughout a great many years of my life, direct, fully conscious, intellectually understood ideas and teachings from members of the Hierarchy of earth’s Adepts.

Mr. Hodson was a member of the Order Of International Co-Freemasonry and of its Consistory, and he was also a priest in the Liberal Catholic Church.

In 1937 he travelled to South Africa to stay with friends Mr and Mrs Quail and their daughter Ethelwynne who was an artist. Under Mr Hodson’s guidance she painted the illustrations (about 29) for his magnificent book, The Kingdom of the Gods.

Mr Hodson then went to Australia to be with his wife Jane, who since 1929 had progressive paralysis due to multiple Sclerosis. He served there as President of the Blavatsky Lodge and a Perth theosophist Miss Sandra Chase offered to take care of his wife.

Mr. Hodson was also honoured by being presented with the Subba Row Gold Medal. He received this as the author of the most valuable contributions of the year to theosophical literature.

It was finally in 1962 that his wife’s health deteriorated and she passed away. All this time he was writing books and giving lectures and many years later he was able to accept invitations to do a lecture tour of many countries with Sandra Chase whom he had married.

Sandra did a tremendous amount of work for him, for many years, and continued to do so until he passed away, and even afterwards, by publishing with his previous consent, his Diary called Light of the Sanctuary.

Finally he returned to Auckland, New Zealand and continued working, writing, healing, lecturing, giving appointments and helping people in many ways. For example, every morning he did healing meditations for one hour. This was in response to letters from around the world asking him for help for themselves and others. He gave his last lecture, on 4th May 1982 at HPB Lodge in Auckland, aged 96 years old, to a packed hall. Eight months later he passed away in Auckland, on January 23rd 1983 after an amazing life as a humble dedicated server of the Masters and humanity. 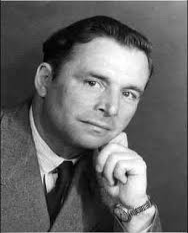