I Return from Violent Death - by James S. Perkins

I Return from Violent Death - by James S. Perkins

Taken from the book Experiencing Reincarnation by James Perkins.  ©1977 The Theosophical Publishing House.

The noon sky was brilliant that wintry day in March 1948, as I walked along a country highway not far from the city of Chicago. A cold, gusty Northwest wind was blowing, and I had the collar of my overcoat turned up around my ears. The wide highway was well constructed, and at this particular time, was devoid of traffic. Nevertheless, I was careful to walk along the grassy shoulder of the road on the side that faces oncoming traffic. Having just returned from a strenuous lecture tour that began in 1947—including visits to England, Europe, and the sub-continent of India, including new-born Pakistan—I was enjoying an unusual and infrequent moment of aloneness, peacefully content with the beauty surrounding me. At my place of residence no one knew that I was out for a brief walk and absent from the building. Feeling assured, therefore, of no disturbance for the present, I was in a completely placid state of meditation.

Without Warning
Meanwhile, far down the road, and entirely unknown to me, an automobile was swiftly approaching from the rear. Its driver had fallen asleep at the wheel, as he later admitted, and as was shown afterwards by the car tracks on the wet surface of the road. It may seem incredible that I heard nothing and was utterly unaware of the car’s approach; but the wind in the collar of my coat, together with my confident assurance regarding any traffic from the rear, as well as my absorption in other levels of consciousness, could account for the lapse of attention. As the car approached, it was veering across the width of the highway, and moving out upon the shoulder of the road behind me. Suddenly, with no note of warning whatsoever, the vehicle struck me with tremendous impact, shattering leg bones, and hurling me backward upon the radiator. The back of my head hit the car’s hood with such a loud crack that the driver (as I learned later) was startled awake, and instinctively jerked the wheel, jolting the car again onto the highway. This sudden twisting force catapulted my body onto the paved highway, landing it on the forehead and face.

Death While Meditating
After such a smash, and judging from all outer appearances, I was surely dead. Certainly, I had been expelled from my body in a most violent manner. Someone in a neighboring house heard the crash and the shriek of tires and called the police. An ambulance conveyed my body to a hospital where I remained unconscious for five days. The question was whether or not I would live. So far as I was concerned, I had experienced the death of my body while in full, free action. But, the compelling interest at this point was not the body. It was my state of consciousness. I experienced no period of blackout, of which I was conscious. There was no tumult in me of fear, horror, pain, or that numbing paralysis of ultimate disaster. The astonishing truth is that my stream of consciousness, which was engaged in meditation at the time of the impact, was not interrupted at all! Whatever happened to the physical body occurred with no attention given to it. My awareness remained focused in the abstract regions, which I had entered while walking peacefully along the road prior to the accident. The continuity of my mental pursuit remained unbroken during—and following—the violent change in my physical condition. This experience, it seems to me, has unusual significance regarding the importance of the state of mind just prior to, and during, the time of death. There have been many instances of people “experiencing death” and recollecting the nature of their last moments. Some have even brought back memories of what life seemed to them to be on the other side. But I believe the experience I am describing is unique, because the dreadful occurrence took place while I was in a state of meditation. I remained undisturbed, without any ripple of anxiety, because no warning factors were present. Then, what followed suggests that an extraordinary opportunity is offered at one’s death-hour for an intelligent approach to the experience.

Into The All And The Alone
I did become gradually aware that a change had taken place, but it seemed of only incidental importance, as though my coat had fallen to the floor while I was engaged in some absorbing preoccupation. What was important was the expansion of consciousness that opened horizons vaster than any I had ever before experienced. Indeed, the expansion was overwhelming. I seemed suddenly directly related with everything in existence, and completely devoid of any sense of time and space. Awareness focused upon a Source of Life from which radiated forces flowing into everything, as though the cosmic projection of the universe is ceaselessly taking place at high velocity, and everything is participating in the action. All of this is veiled in the profoundest mystery, experienced as an awareness, rather than as something shown or revealed to me. It was not as though in a dream—not dissociated from my selfsystem, but identified with it. I was simply there, firmly centered in what must be thought of as an ‘All-Self’, because it was consciously within the body of All. It seemed there was no need of an individual form or body! This state of being continued throughout the five days that the physical body and physical brain were immobilized and inert. “I” remained consciously alive, freely and happily oriented as described.

The bond with the physical body had not been entirely severed. I found that I could return to the physical plane partially, if necessary. I did so on occasions, and delivered messages through my body to the nurse who happened to be present. Apparently, the brain was usable to a limited extent, but from another base, I certainly dwelt apart from it. Whenever there was such use, consciousness immediately withdrew afterwards to that inmost realm, where it seemed now to be resident. Throughout the five days that I remained thus located, I was in undisturbed contemplation of the transcendence previously described, an awareness of which was taking place in me, in some way. It was characterized by a radiant union of beneficence; not as though I were in some isolated condition of detached intellectual inspection. Union with the All-ness seemed immune to hindrance. Were it not for this consciousness of unity, of Self-identity with the Whole, I would have experienced an awesome loneliness. I could have asked, where were all the people? Was no one else around? But the central characteristic of the experience was identification with all of life, with no necessity for graduated differences in persons, forms, and objects.

The Emptiness Potential
From this contemplation there arose an awareness of my own limitations. The transcendence that I seemed to be experiencing did not shut out perception of the awesome regions of emptiness in human consciousness. This emptiness I now beheld. The empty levels in myself are there because I have yet to reach unfoldment in those areas. I clearly knew that the awakening and fulfillment of these levels would require future evolutionary growth through many relationships with which I am yet to be identified. These relationships and situations will ultimately draw forth every potential of love, wisdom and power that is to be unfolded. How precious, then, becomes every relationship in life, with family and kin, with friends and strangers, with companions, and business associates, with institutions and duties, with those kindly disposed and with difficult people as well. Each situation in life evokes some additional aspect of one’s nature, some new depth in one’s capacity to understand and to act upon creatively.

Thirst For Renewed Limitation
As these realizations became intensely clear, there was an urge reborn in me—the thirsting to renew sentient experience, as though there was unfinished business to resolve, undeveloped powers awaiting attention in the great schoolroom of the physical world. The urge to return to transitory experience drew me inexorably again into the physical form. The movement downward was a definite action from “there” to “here”. Consciousness became oriented to the necessity for limitation in worlds below—the need for boundaries that one could deal with—for confinement within what one could see and feel and know objectively. A newborn baby has the boundaries of the crib. The enclosure itself stimulates recognition, comprehension, and creative response. The walls of limitation for an adult are the whole wide world, and beyond. Even the Solar Logos can create only within a frame of limitation. Limitation is inevitable; orderly growth could not take place without it.

Re-entry To Earth Life
I could no more resist the tidal drift back into the limitations of physical life than can a leaf floating over Niagara Falls. The experience was essentially that of reincarnation in miniature, a descent through mental and astral levels that ultimately reached the veils of etheric awareness—the portals through which one passes into physical form. Here I experienced the ‘waters of Lethe’, or the ‘Nepenthean veil’ of forgetfulness that curtains off the flow of inner consciousness to and from brain consciousness. Through it I passed, slipping into full, agonized awareness of my physical body’s condition. It was a passage into brain and body consciousness that was a dreadful shock. The experience of conscious re-entry was as though a thick blanket of fog was instantly drawn around my entire system of information, blurring the inner-outer lines of communication. For me, it was a blotting out of the infinite horizons that had opened.

Upon resumption of physical life, my first most notable impression was of the complete beguilement to which the human being is subjected in his physical confinement. We truly are shackled by the brain-consciousness, with all values fundamentally distorted. It was only with the greatest effort that I could arouse interest in pursuing normal lines of worldly activity. With reluctance I undertook existence again in physical form, knowing now of realities that lie beyond the deceptive screen of materiality—knowing that “I” am certainly not the physical body. I could never again be completely deceived by the conviction that physical life is all that there is for me, or for anyone else.

My attitude towards death changed forever. The ultimate fate of the physical body could no longer be a matter of fearful concern. I was aware of a new freedom, a certain liberation from the dominance of the physical body over mind and soul. I had firsthand knowledge that the expanded Self-consciousness, which lie’s outside the physical barricades, is my real Self. In those regions beyond the body and the mind, ultimate freedom and bliss are known. I could now see that the whole fabrication of fears about death is a fictitious delusion that is propagated and sustained by man’s own ignorance.

One feature of this experience continues with me: the remarkable fact that some part of my consciousness remains oriented to that exalted region and continues to provide a mystical pathway for inward exploration. It holds ever before me the challenge of those empty areas that are yet to be unfolded. This strange faculty for going there and returning here, remains as a resource for intuitive flashes on my horizon of awareness.

* Mr. Perkins was president of the Theosophical Society in America from 1945-1960. 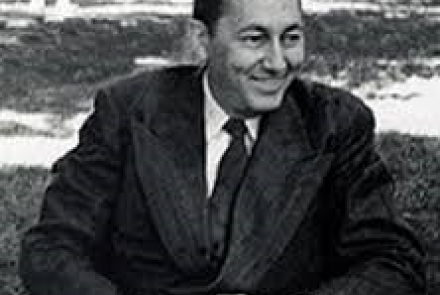