“KARMA, TANHA and SKANDHAS, are the almighty trinity in one,H.P. Blavatsky Art and the cause of our re-births. The illustration of painting our own present likeness at death, and that likeness becoming the future personality is very poetical and graphic, but we claim it as an occult teaching. At the solemn moment of death no man can fail to see himself under his true colours, and no self-deception is of any use to him any longer. Thence the following thing happens. As at the instant of drowning man sees marshalled past his mind’s eye the whole of his life, with all its events, effects and causes, to the minutest details, so at the moment of death, he sees himself in all his moral nakedness, unadorned by either human flattery or self-adulation, and, as he is; hence, as he or rather, as his astral double combined with his Kama principle – shall be. For the vices, defects and especially the passions of the preceding life become, through certain laws of affinity and transference, the germs of the future potentialities in the animal soul (Kama rupa), hence of its dependent, the astral double (linga sharira) – at a subsequent birth. It is the personality alone which changes; the real reincarnating principle, the EGO, remains always the same; and it is its KARMA that guides the idiosyncracies and prominent moral traits of the old “personality” that was (and that the EGO knew not how to control), to re-appear in the new man that will be. These traits and passions pursue and fasten on the yet plastic third and fourth principles of the child, and – unless the EGO struggles and conquers – they will develop with tenfold intensity and lead the adult man to his destruction. For it is they who are the tools and weapons of the Karmic LAW OF RETRIBUTION. . . . the new man is invariably the son and progeny of the old man that was.”
— from “Theosophical Articles and Notes” p. 201-202 (Original source: “Lucifer” Magazine, Vol. 3, p. 210) 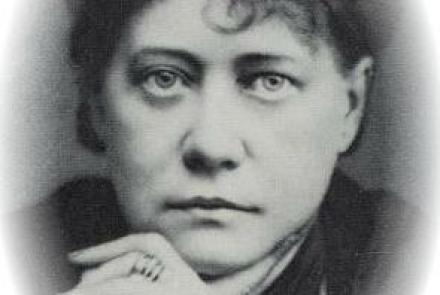