“Theosophy … is the fixed eternal sun, and its Society an evanescent comet trying to settle in an orbit to become a planet, ever revolving within the attraction of the sun of truth.” — H.P. Blavatsky

Our society completed an extraordinary century and a quarter of existence on 17th November 2000, a milestone of no small import. Milestones may be disregarded by some as belonging to a world dominated by parameters such as time. However, they can be a most valuable juncture for an organisation such as ours to assess its worth and integrity, its inherent usefulness or otherwise in the world and, most importantly, its usefulness to the work of the Great Ones who originally inspired the formation of the Society. If asked, probably each and every member of this organisation would have a different perspective on the TS and its future, a Society which is small in terms of the planet´s total population yet substantial in terms of its effect upon world thought. A few ideas are presented here.

Theosophy is divine nature, visible and invisible, and its Society human nature trying to ascend to its divine parent. Theosophy … is the fixed eternal sun, and its Society an evanescent comet trying to settle in an orbit to become a planet, ever revolving within the attraction of the sun of truth. It was formed to assist in showing to men that such a thing as Theosophy exists, and to help them to ascend towards it by studying and assimilating its eternal verities.

[The Key to Theosophy]

The aims of the TS have been further clarified in the Three Objects which are well-known to members.

Taking Stock of The Society´s Strengths and Weaknesses

A stocktake of our Society demands consideration of its credits and debits, its strengths and weaknesses. On the one hand, it is not healthy to view the Society through unduly rose-tinted glasses; on the other hand, excessive criticism (which occurs at times) without acknowledging the strong points of the TS could create an overly gloomy scenario which is not necessarily accurate either. Therefore, let us firstly consider the most significant strengths of our organisation:

Several weaknesses of The Theosophical Society also come to mind, things which we may not wish to think about but which are crucial to the Society´s future:

The Need for The Theosophical Society

The need for The Theosophical Society is surely as strong now as it was late last century. While more people are familiar with the Ancient Wisdom, particularly in the West, the world´s population has increased substantially since the Society´s formation and materialism is alive and possibly stronger now than it was then. In fact, modes of modern communication (for example, the cinema, advertising and the Internet) have by and large strengthened its hold, despite also being used by people and organisations with genuinely altruistic messages. Various New Age movements also have materialistic overtones. A Society such as ours still has a necessary place, in fact a crucial one, in world thought. To return to Blavatsky´s purpose for the formation of the TS, it seems an ongoing necessity for us to continue to remind humanity that such a thing as Theosophy exists. So many more souls are now in incarnation compared with a century and a quarter ago. However, reminding humanity is only the first step for it is only when put into practice that Theosophy becomes a truly vital force. Technical Theosophy is one thing, but living Theosophy quite another. When enough humans actively infuse their lives with Wisdom, only then may there no longer be such a strong need for an organisation such as ours.

Will the TS Continue to Exist?

At the time of its inception, The Theosophical Society was a lighthouse for a world afflicted by materialism and a preoccupation with spiritualistic phenomena. Through Co-Founder Madame Blavatsky, the TS was primarily responsible for bringing Eastern spiritual teachings to the West. What of the world today? A pseudo-spiritual/occult/New Age supermarket is reflected in thousands of organisations and methods for developing psychic development, inner power, enlightenment and so forth. It has been said that we are in the midst of a psychic epidemic today. With this vast array of choices, what of the TS? Will it continue to exist in the near future and for decades and centuries to come? This would seem perfectly possible, for the TS is uniquely placed to preserve and make known a Wisdom tradition which has been handed down the centuries by some truly enlightened souls, due to the strong foundations laid by our early leaders. However, in order for the Society to continue to exist and not compromise its raison d´etre, the following essential requirements need to be met:

We are now approximately thirty thousand in number world-wide, a very small proportion of the world´s population. But the Society is not insignificant in the tide of world thought. If one considers our relative size during the past one hundred and twenty-five years, the influence of the Society in many areas of human endeavour has been disproportionate to its size. In fact, to trace the influence of the TS in various fields would necessitate the writing of a number of books.

One of the greatest challenges in belonging to a Society such as ours is that members are not spoon-fed answers. There is considerable effort involved in seeking Truth for ourselves. Some people find this too difficult and may search elsewhere which is, of course, their prerogative. For those who stay, the Ancient Wisdom teachings provide a tremendously rich springboard from which one can dive into the depths of Theosophy. The journey has endless possibilities.

The values on which the Wisdom Tradition are based are different from worldly values – they may be said to be qualitative rather than quantitative. If our Society does remain relatively small but its members possess a quality of sincere aspiration for Truth, the TS may be of more use to the inner founders of the Society than a large number of members who are more half-hearted about pursuing Truth and placing a theosophical attitude at the centre of their lives.

What of The Future?

Is it possible to crane our necks and contemplate the future of The Theosophical Society? Can we actually predict what our most useful role will be, say, in the coming century? Some may consider the TS to be at risk of becoming a ‘backwater´ in today´s spiritual supermarket. The writer does not possess a crystal ball which will tell the story of our future. However, some thoughts are shared here about what the TS may be, provided the above mentioned conditions can be met. The Theosophical Society has the marvellous potential to be a bastion of:

Perhaps, ultimately, the actual physical form of this organisation is not crucial. Its membership will ebb and flow in various countries down the years. The TS may or may not own buildings. However, the theosophical tradition itself is continuous. If we remain true to this tradition, both as individuals and an organisation, then the Society has a bright future which will not be dulled or diminished. If the conditions mentioned previously are met, the TS will have a role of importance in world thought affecting many areas of human endeavour.

To return to HPB´s words in The Key to Theosophy, one may ask whether the Society will mature from an ‘evanescent comet´ to a ‘planet, ever revolving within the attraction of the sun of truth´. The quality of this universal body, The Theosophical Society, and the extent to which it will revolve around that sun, thus keeping the flame of Truth alive in the world, depends upon one thing — us!

Linda Oliveira is the National President of the Theosophical Society in Australia. 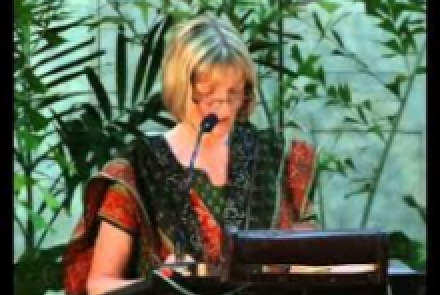