KNOWLEDGE AS A FUNCTION OF BEING

KNOWLEDGE AS A FUNCTION OF BEING

The following excerpts are taken from the Introduction of The Perennial Philosophy, first published in 1944. Italics and bold fonts have been added for emphasis.

PHILOSOPHIA PERENNIS—the phrase was coined by Leibniz; 1 but the thing—the metaphysic that recognizes a divine Reality substantial to the world of things and lives and minds; the psychology that finds in the soul something similar to, or even identical with, divine Reality; the ethic that places man’s final end in the knowledge of the immanent and transcendent Ground of all being—the thing is immemorial and universal.

Rudiments of the Perennial Philosophy may be found among the traditional lore of primitive peoples in every region of the world, and in its fully developed forms it has a place in every one of the higher religions. A version of this Highest Common Factor in all preceding and subAldous Huxley sequent theologies was first committed to writing more than twenty-five centuries ago, and since that time the inexhaustible theme has been treated again and again, from the standpoint of every religious tradition and in all the principal languages of Asia and Europe.

Knowledge is a function of being. When there is a change in the being of the knower, there is a corresponding change in the nature and amount of knowing. For example, the being of a child is transformed by growth and education into that of a man; among the results of this transformation is a revolutionary change in the way of knowing and the amount and character of the things known. As the individual grows up, his knowledge becomes more conceptual and systematic in form, and its factual, utilitarian content is enormously increased. But these gains are offset by a certain deterioration in the quality of immediate apprehension, a blunting and a loss of intuitive power. Or consider the change in his being which the scientist is able to induce mechanically by means of his instruments. Equipped with a spectroscope and a 1 Gottfried Wilhelm Leibniz (1646-1741) German philosopher and mathematician. The Theosophical Society in America 2 sixty-inch reflector an astronomer becomes, so far as eyesight is concerned, a superhuman creature; and, as we should naturally expect, the knowledge possessed by this superhuman creature is very different, both in quantity and quality, from that which can be acquired by a star-gazer with unmodified, merely human eyes.

Nor are changes in the knower’s physiological or intellectual being the only ones to affect his knowledge. What we know depends also on what, as moral beings, we choose to make ourselves. “Practice,” in the words of William James, “may change our theoretical horizon, and this in a twofold way: it may lead into new worlds and secure new powers. Knowledge we could never attain, remaining what we are, may be attainable in consequences of higher powers and a higher life, which we may morally achieve.” To put the matter more succinctly, “Blessed are the pure in heart, for they shall see God.” And the same idea has been expressed by the Sufi poet, Jalal-uddin Rumi, in terms of a scientific metaphor: “The astrolabe of the mysteries of God is love.”

The Perennial Philosophy is primarily concerned with the one, divine Reality substantial to the manifold world of things and lives and minds. But the nature of this one Reality is such that it cannot be directly and immediately apprehended except by those who have chosen to fulfill certain conditions, making themselves loving, pure in heart, and poor in spirit. Why should this be so? We do not know. It is just one of those facts which we have to accept, whether we like them or not and however implausible and unlikely they may seem. Nothing in our everyday experience gives us any reason for supposing that water is made up of hydrogen and oxygen; and yet when we subject water to certain rather drastic treatments, the nature of its constituent elements becomes manifest. Similarly, nothing in our everyday experience gives us much reason for supposing that the mind of the average sensual man has, as one of its constituents, something resembling—or identical with—the Reality substantial to the manifold world; and yet, when that mind is subjected to certain rather drastic treatments, the divine element, of which it is in part at least composed, becomes manifest, not only to the mind itself, but also, by its reflection in external behavior, to other minds. It is only by making physical experiments that we can discover the intimate nature of matter and its potentialities. And it is only by making psychological and moral experiments that we can discover the intimate nature of mind and its potentialities. In the ordinary circumstances of average sensual life these potentialities of the mind remain latent and unmanifested. If we would realize them, we must fulfill certain conditions and obey certain rules, which experience has shown empirically to be valid. The Theosophical Society in America 3 In regard to few professional philosophers and men of letters is there any evidence that they did very much in the way of fulfilling the necessary conditions of direct spiritual knowledge. When poets or metaphysicians talk about the subject matter of the Perennial Philosophy, it is generally at second hand. But in every age there have been some men and women who chose to fulfill the conditions upon which alone, as a matter of brute empirical fact, such immediate knowledge can be had; and of these a few have left accounts of the Reality they were thus enabled to apprehend and have tried to relate, in one comprehensive system of thought, the given facts of this experience with the given facts of their other experiences. To such first-hand exponents of the Perennial Philosophy those who knew them have generally given the name of “saint” or “prophet,” “sage” or “enlightened one.” And there is good reason for supposing that they—and not the professional philosophers or men of letters— knew what they were talking about. It is a fact, confirmed and re-confirmed during two or three thousand years of religious history, that the ultimate Reality is not clearly and immediately apprehended, except by those who have made themselves loving, pure in heart, and poor in spirit. The self-validating certainty of direct awareness cannot in the very nature of things be achieved except by those equipped with the moral “astrolabe of God’s mysteries.” If one is not oneself a sage or saint, the best thing one can do, in the field of metaphysics, is to study the works of those who were, and who, because they had modified their merely human mode of being, were capable of a more than merely human kind and amount of knowledge. 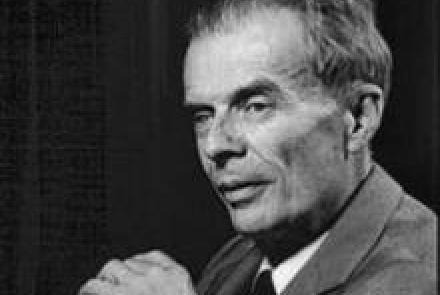