Each body is the focus and locus of ascending states of monadic consciousness, from inorganic to organic.

The Editor has handed me a communication from a reader upon this subject which I insert here, as it on the one hand shows a very common defect of students — inaccuracy of reading, thought, and reference, and on the other will serve as a question which arises in other minds. It reads:
Please state in reference to the Earth Chain of Globes whether it is meant to be conveyed on page 159 of S.D. Vol. I that the “seven globes from the 1st to the 7th proceed in seven Rounds,” that each globe revolves seven times around the World Chain with its own particular development [say the Mineral Kingdom,] before the next in order [say the Vegetable Kingdom] appears on Globe A? Or does the Mineral Kingdom only go once around the World Chain from 1 to 7? In Esoteric Buddhism, page 91, it is stated that the several kingdoms pass “several times around the whole circle as minerals, and then again several times as vegetables,” but there is no distinct statement of this in S.D. — Yours, IGNOTUS.

Inaccuracies like those in the foregoing are not uncommon. They are constant and all-pervading. It is probably the fault of modern education, accentuated by the reading of a vast amount of superficial literature such as is poured out day by day. Any close observer can detect the want of attention displayed in metaphysical studies in contrast with the particular care given to matters of business and practical affairs of life. All those who are studying Theosophy ought to make themselves aware of this national defect, and therefore give the strictest attention to what they read upon metaphysics and devote less attention to the amount of such reading than to thinking upon what is read.

In the first place, The Secret Doctrine does not say on the page quoted, nor anywhere else, what “Ignotus” writes. Instead of reading as quoted, the passage is:
Everything in the metaphysical as in the physical Universe is septenary. . . .
The evolution of life proceeds on these seven globes or bodies from the first to the seventh in SEVEN ROUNDS or Seven Cycles.

I insert in italics the omitted words, the word proceeds having been put out of its place by “Ignotus.” The error makes a completely new scheme, one unphilosophical and certainly not given out by the Masters. But though some may wonder why I notice such a false assumption, it is right to take it up because it must have arisen through carelessness, yet of such a sort as might perpetuate an important error. It follows from the restoration of the passage that the Globes do not “revolve around the world chain.” The supposition of the correspondent is not peculiar among the many hurried ones made by superficial readers. He first assumed that the various globes of the Earth-Chain revolved, in some way which he did not stop to formulate, in seven rounds — I presume in some imaginary orbit of their own — in what he called the “world chain,” and then he went on adapting the rest of the evolutionary theory to this primary assumption.

By reading The Secret Doctrine and the former articles on this subject in The Path, the point in question will be made clear. Evolution of the monad, which produces and underlies all other evolutions, proceeds on the seven planetary bodies of any chain of evolution. These seven places or spheres for such evolution represent different states of consciousness, and hence, as written in The Secret Doctrine and attempted to be shown in these articles, they may and do interpenetrate each other with beings on each. Therefore all such words as “round,” “around,” “chain,” and the like must be examined metaphysically and not be allowed to give the mind a false notion such as is sure to arise if they are construed in the material way and from their materialistic derivation. “To go around” the seven globes does not mean that one passes necessarily from one place to another, but indicates a change from one condition to another, just as we might say that a man “went the whole round of sensations.”

As to the other questions raised, Esoteric Buddhism is right in saying that the monads pass several times around the globes as minerals and vegetables, but wisely does not make the number and order very definite. In The Secret Doctrine one of the Masters writes that at the second round the order of the appearance of the human kingdom alters, but the letter goes no farther on that point except to say, as is very definitely put in The Secret Doctrine:
[Earth’s] Humanity develops fully only in the Fourth — our present Round. Up to this fourth Life-Cycle, it is referred to as “humanity” only for the lack of a more appropriate term . . . Arrived on our Earth at the commencement of the Fourth in the present series of life-cycles and races, MAN is the first form that
appears thereon, being preceded only by the mineral and vegetable kingdoms — even the latter having to develop and continue its further evolution through man.

This states quite distinctly (a) that after the second round the order alters, and (b) that in the fourth round, instead of animals appearing as the first moving forms for the monads to inhabit, the human form comes first, preceded by mineral and vegetable, and followed by the brute-animal.

This change always comes on at any fourth round, or else we never could have evolutionary perfection. Other monads come originally from other spheres of evolution. In a new one such as this the preliminary process and order of mineral, plant, animal, human must be followed. But having in two or three rounds perfected itself in the task, the monad brings out the human form at the turning point, so that man as the model, means, guide, and saviour may be able to intelligently raise up not only humanity but as well every other kingdom below the human. This is all made very clear and positive by repeated statement and explanation in The Secret Doctrine, and it is a matter for surprise that so many Theosophists do not understand it.

For fear that the present may be misunderstood I will add. Although the order of appearance of the human form alters as stated, this does not mean that the whole number of natural kingdoms does not make the sevenfold pilgrimage. They all make it, and in every round up to and including the seventh there are present in the chain of globes elemental, mineral, vegetable, animal, and human forms constituting those kingdoms, but of course the minerals and vegetables of the seventh round and race will be a very different sort from those of the present.

But as what a Master has said hereon is far better than my weak words, I will refer to that. Thus:
Nature consciously prefers that matter should be indestructible under organic rather than inorganic forms, and works slowly but incessantly towards the realization of this object — the evolution of conscious life out of inert material. 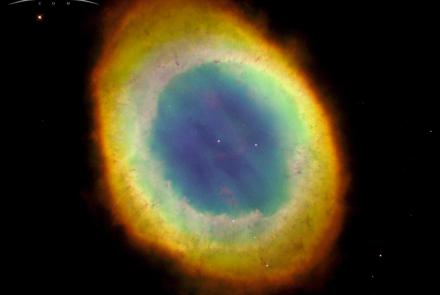