The Source of Desire

The Source of Desire

Below, H.P. Blavatsky provides a wonderful description on what causes desire in all forms, and what the root source is that this originally springs from. It is part of a slightly larger article found in Collected Writings, a series of volumes of HPB’s writings compiled by Boris de Zirkoff.

And first let the student clearly realize that he cannot see things spiritual with the eyes of the flesh, and that in studying even the Body he must use the eyes of the Spiritual Intelligence, else will he fail and his study will be fruitless. For growth is from within outwards, and always the inner remains the more perfect. Even the development of a physical sense is always preceded by a mental feeling, which proceeds to evolve a physical sense …..

The flesh, the Body, the human being in his material part, is, on this plane, the most difficult thing to subject. The highest Adept, put into a new Body, has to struggle against and subdue it, and finds its subjugation difficult. But this is from the automatism of the Body; the original impulses have come from thought. What we call the desires of the Body have their origin in thought. Thought arises before desire. The thought acts on the Brain, the Lower Manas being the agent; the brain acts on the bodily organs, and then desire awakens. It is not the outer stimulus that arouses the bodily organs, but the Brain, impressed by a thought. Wrong thought must therefore be slain, ere desire can be extinguished. Desire is the outcome of separateness, aiming at the satisfaction of self in Matter. Now the flesh is a thing of habit; it will repeat mechanically a good impulse or a bad one, according to the impression made on it, and will continue to repeat it. It is thus not the flesh which is the original tempter, although it may repeat automatically motions imparted to it, and so bring back temptations; in nine cases out of ten it is the Lower Manas which, by its images, leads the flesh into temptations. Then the Body automatically sets up repetitions. That is why it is not true that a man steeped in evil can, by sudden conversion, become as powerful for good as he was before for evil. His vehicle is too defiled, and he can at best but neutralize the evil, balancing up the bad Karmic causes he has set in motion, at any rate for that incarnation. You cannot take a herring-barrel and use it for attar of roses; the wood is too soaked through with the herring-drippings. When evil tendencies and impulses have been thoroughly impressed on the physical nature, they cannot at once be reversed. The molecules of the Body have been set in a Kāmic direction, and––though they have sufficient intelligence to discern between things on their own plane, i.e., to avoid things harmful to themselves––they cannot understand a change of direction, the impulse to which comes from a higher plane. If they are too suddenly and too violently forced into a reverse action, disease, madness or death will result.

This automatism of the Body––spoken of sometimes as habit––renders it possible for us to have both good and evil experiences in dreams. This is another reason why we should be careful of the impressions we make on the Body, especially as to impressions in which Kāma takes part. In sense dreams the Lower Manas is asleep; the animal consciousness, when a sensual tendency has been impressed on it by desire, is more easily impressed by Kāma with pictures from the Astral Light, and thus the tendency of such sense-dreams is always towards the animal. We should therefore train ourselves to awaken directly we begin a dream that tends in the sense direction; and the instantaneous rejection of impure thoughts during the period of waking consciousness will tend to set up a habit of rejection which will act automatically in sleep. In dreams, and also whenever we calmly sit for any sort of meditation, one of the first things to happen is that the Elementals begin to present to our inner eyes pictures of all sorts, and the kind of picture presented will be the result of the prior thoughts and also of the state we are in both mentally and physically. For if we are disturbed or harassed in any way in thought, the pictures will be more and more confused in fact, though sometimes having no appearance on the surface of being in confusion.

The student must therefore guard his thoughts, regarding them as the generators of action. Five minutes’ thought may undo the work of five years. And although the five years’ work may be run through more rapidly the second time than it was the first, yet time is lost. 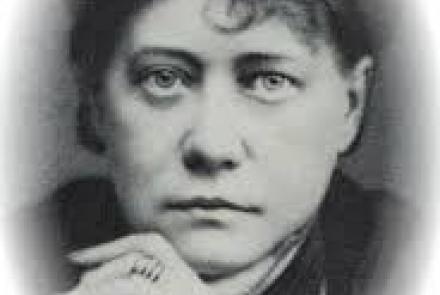