There are several special days celebrated in the Theosophcial Society's calendar. These are Adyar Day, White Lotus Day and Founder Day. The reason for them being especially called out are described below.

Adyar, the international headquarters of the Theosophical Society, continues to be a special place for many of our members. With the serene beauty of its gardens, it has become a sacred refuge for stray animals, weary travelers, and members desiring to understand more about Theosophy and the Society. Walking through the gates of Adyar, people often feel as if they are walking into a different world. The atmosphere changes. Stillness is felt within and without. Things begin to slow down and the simplicity of life, foreign to many of us, begins to take over. It is obvious why the founders chose these particular grounds for their headquarters. Even though the estate is surrounded by the noise and chaos of the city of Madras, within Adyar’s gates there remains a quality of beauty that is rare to find. It is no wonder that there is a day, February 17, set aside each year called Adyar Day.

Originally, February 17 was known as Olcott Day, the day of the founder’s passing in 1907. Members gathered at the place where Henry Steel Olcott was cremated, saying a few words and offering flowers to the memorial built in his honor.

By 1916 the tradition changed and became centered around the statue of HPB and Colonel Olcott that now stands in headquarters hall at Adyar. In her Watchtower notes of March 1916, Annie Besant writes:

Olcott Day, February 17, as it is called in India and Ceylon, was kept as usual at Headquarters….We gathered as usual at 7:10 A.M. in the large Hall and stood in a large semi-circle in front of the alcove in which are the statues of our founders.

According to Besant’s notes, at 7:17 A.M., the time of Olcott’s last breath, President Besant spoke and then had representatives from the various religions speak. Finally, everyone, from Olcott’s servant to the sweepers of the great hall, silently lined up to offer flowers and give thanks. This tradition continues today.

Then how did Olcott Day become Adyar Day? According to an article in the Theosophical Messenger of 1928, the process began with Fritz Kunz, husband of past president Dora Kunz. Fritz returned to the United States after an extended stay in India and realized that “there were very few appeals before us in this country. . . . Adyar is the Mother of us all, and her claims come first.” So he conceived of the Adyar Fund in 1922 and formed the Adyar committee to raise funds for Adyar and to help with the construction of the buildings. The first unofficial Adyar Day was celebrated February 17, 1923, in the United States, with members here raising money to send overseas. That date was chosen because it was not only the day Olcott passed away, but also the day Giordano Bruno, a student of Pythagoras was burned at the stake and the day Charles W. Leadbeater was born. Annie Besant, however, declared February 17 Adyar Day after a suggestion in 1925 from a Frenchwoman named Madame de Manziarly. In February 1926, to commemorate the first official Adyar Day, a pamphlet about Adyar was published with beautiful black and white photos of the estate.

Today, the Adyar Fund continues to thrive thanks to generous donations from many members. Adyar Day, however, is not only for fund-raising. It is a day to remember and give thanks to those who walked before us, who dedicated their lives to Theosophy, and who gave us the very special gift of Adyar.

The White Lotus Day is a Theosophical celebration held on May 8 to commemorate the death in 1891 of Helena Petrovna Blavatsky, co-founder of the Theosophical Society.

At the request of many members and friends, Mme. Blavatsky herself suggested how they should remember her. She wrote in her last will and testament the following:

This is the last Will and Testament of me Helena Petrovna Blavatsky of Adyar, Madras, India. I desire my body to be burned in the Compound of the Theosophical Society’s Headquarters at Adyar, Madras, and the ashes to be buried in the said Compound and that none who are not Theosophists shall be present at the burning. I desire that yearly, on the anniversary of my death some of my friends should assemble at the Headquarters of the Theosophical Society and read a chapter of Edward Arnold's Light of Asia and Bhagavad Gita.

Henry Steel Olcott put on record the Executive Notice of 17th April, 1892,] which led to the observance of this celebration:

In her last Will, H. P. Blavatsky expressed the wish that yearly, on the anniversary of her death, some of her friends "should assemble at the Head quarters of the Theosophical Society and read a chapter of The Light of Asia and (extracts from) Bhagavad Gita; and since it is meet that her surviving colleagues should keep green the memory of her services to humanity and her devoted love for our Society, the undersigned suggests that the anniversary be known among us as White Lotus Day, and makes the following official order and recommendation:

1. At noon, on 8th May, 1892, and on the same day in each succeeding year, there will be held a commemorative meeting at the Headquarters, at which extracts from the before-mentioned works will be read and brief addresses made by the Chairman of the meeting and others who may volunteer.
2. A dole of food will be given in her name to the poor fishermen of Adyar and their families.
3. The flag will be half-masted from sunrise until sunset, and the Convention Hall decorated with White Lotus flowers.
4. Members living outside Madras can arrange for their food by applying to the Recording Secretary at least one week in advance.
5. The undersigned recommends to all Sections and Branches throughout the world to meet annually on the anniversary day, and, in some simple, unsectarian, yet dignified way, avoiding all slavish adulation and empty compliments, express the general feeling of loving regard for her who brought us the chart of the climbing Path which leads to the summits of Knowledge.

I’m writing this on a seventeenth of November, the day on which the Theosophical Society was founded. The year was 1875; the place, New York City; the founders: Helena Petrovana Blavatsky, Colonel Henry Steel Olcott, William Quan Judge, and others.Why was this event significant? On this date, the Ancient Wisdom, so long obscured by the materialism of the age, was given a new vehicle to shine through--the Theosophical Society.

Little did they know, at the time, how far reaching their work would be. As HPB put it, "Theosophist is, who Theosophy does." They did! Their work transformed the world they lived in and continues to challenge the assumptions of materialism wherever it may be found.

For me, Theosophy has been my guiding light. I first encountered Theosophy at the age of 14 in the public library. It was there that I checked out, and. avidly read, that great Theosophical classic Elementary Theosophy by L. W. Rogers. I can’t say that I understood it all or that it was in the least "elementary," in the common use of that word; but it was electrifying. I knew, at an innate level, that here was a view so grand, so vast, so cosmic, that it could guide me, unveil to me its mysteries, stir my soul, and challenge my mind for the rest of my days. And it has done just that.

November 17 is "Founders Day" for the Theosophical Society. To found is to lay a basis upon which something else is built. We, as Theosophists, are also founders, heirs to Blavatsky, Olcott, and Judge. We are called to found lives built on altruism and openness to others, to have broad and receiving minds and spirits, to be visionaries and actors, builders of the arcanum of humanity. "Theosophist is, who Theosophy does."

It is this vision, embodied in Theosophy, incarnated in the Theosophical Society, and promulgated 125 years ago which has given my life its North Star, its lodestone, and every other metaphor for guidance. For that time, a century and a quarter ago, and for its continuing effect, I am grateful! 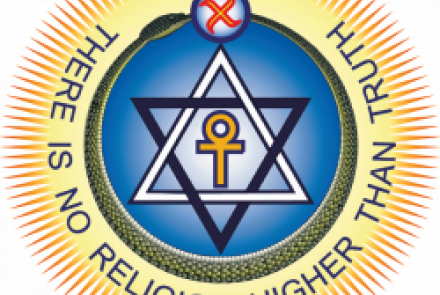