Who Are the Dugpas in Theosophical Writings? - David Reigle

Who Are the Dugpas in Theosophical Writings? - David Reigle

In the early Theosophical writings, H. P. Blavatsky used the term “dugpa” for the various non-Gelugpa orders of Tibetan Buddhism, namely, for the Kagyupa, Nyingmapa, and Sakyapa orders. In doing this, she followed the usage of Western writers of the time. These writers indiscriminately termed all of these orders as “Red Caps,” “Shammars,” and “Dugpas,” or “Dukpas.” Blavatsky additionally used the term “dugpa” for followers of the non-Buddhist Bon religion of Tibet. We know that Blavatsky used the books of these writers because she often quotes them. Indeed, she drew the term “Kiu-te,” a phonetic spelling of the Tibetan rgyud sde that long baffled researchers, from Narratives of the Mission of George Bogle to Tibet, and of the Journey of Thomas Manning to Lhasa, published in London in 1876 (2nd ed. 1879). The editor of this book, Clements R. Markham, writes about the dugpas or dukpas in his Introduction:

In the middle of the fourteenth century a great reforming Lama arose in Tibet, named Tsong-khapa, . . . His reforms led to a schism in the Tibetan church. The old sect, which resisted all change, adhered to their dress, and are called Shammars, or Dukpas, and Red Caps. Their chief monastery is at Sakia-jong, and they retain supremacy in Nepal and Bhutan. (p. xlvi)

As may be seen, Markham lumped together all those who did not follow Tsongkhapa’s new order, the Gelugpas, as the “old sect,” calling them “Shammars, or Dukpas, and Red Caps.” Moreover, in the then prevailing ignorance of things Tibetan, he stated that the headquarters of the Red Caps is at Sakia-jong.
. . . the great monastery of Sakia-jong (Sankia of D’Anville), the head-quarters of the Red Cap sect of Buddhists. (p. xxviii)

Who Are the Dugpas in Theosophical Writings?

In fact, Sakia-jong, or Sakya-dzong, is the headquarters of only one “red cap” order, the Sakyapas. Markham did, however, give information from Brian Hodgson that would place the actual dugpas in Bhutan, not at Sakya-dzong in Tibet.

While the Gelukpa, or Yellow sect, is in the ascendant in Tibet, the adherents of the older, but now heretical Red sect, still have a large monastery at Sakia-jong, and have retained supremacy among the Buddhists in Nepal and Bhutan, on the slopes of the Southern Himalaya. . . . Mr. Brian Hodgson, who is unrivalled in his knowledge of the Cis-nivean Himalayan races, divides the inhabitants of the region between the Kali and the Monass into ten tribes, the Cis-Himalayan Bhotias or Tibetans in the upper zone, the Sienwar, Gurung, Magar, Murmi, Newar, Kirati, and Limbu, in Nepal; the Lepcha in Sikkim, and Lhopa or Dukpa* (Bhutanese) in Bhutan. *footnote: Lho is the native name of Bhutan. Lhopa is therefore a territorial designation, while Dukpa refers to their belonging to the Red Cap sect. (p. lii)

Notice that already Markham refers to the red caps with the pejorative term “heretical.” We will return to this shortly. But at present we must find out just who the dugpas or dukpas really are. Markham shows in his footnote that he understands Dukpa to refer to the Red Cap sect. It is followed in Bhutan, in agreement with Brian Hodgson, and also in Sikkim according to Markham.

The Lepchas of Sikkim are ruled over by a dynasty of Rajahs originally from Lhasa, who have always been under the dominion of Tibet, and of the Buddhist religion and Dukpa (Red Cap) sect. (p. lxxxii)

Again, Markham equates the Dukpa with the “Red Cap” orders in general. But in fact, dugpa or dukpa is ’brug pa, the Kagyu sub-order that prevails in Bhutan, not in Sikkim. That this is a separate order or “sect” of Tibetan Buddhism was made known in an earlier book also quoted by Blavatsky, Buddhism in Tibet, by
Who Are the Dugpas in Theosophical Writings? 3 Emil Schlagintweit, published in Leipzig and London in 1863. Under the heading, "Buddhist sects in Tibet," pp. 72 ff., he lists nine orders: the Nyigmapa, Urgyenpa, Kadampa, Sakyapa, Gelukpa, Kargyutpa, Karmapa, Brikungpa, and Brugpa. The ninth and last he describes as:
The Brugpa (also Dugpa or Dad Dugpa) sect has established a particular worship of the Dorje (Vajra, or thunderbolt), which descended from heaven and fell upon the earth at Séra in Eastern Tíbet. This sect seems, moreover, to be particularly addicted to the Tantrika mysticism, in which the Dorje is considered as a very important and powerful instrument. (p. 74)

Here we see that the Dugpa is a distinct order of Tibetan Buddhism, the Brugpa, and not the “red caps” in general, who would be all of the orders except the Gelugpa, or “yellow caps.” But not until L. Austine Waddell’s 1895 book, The Buddhism of Tibet, or Lamaism (London: W. H. Allen & Co.) was this error among Western writers addressed. Waddell correctly describes the Dug-pa (’brug pa) as a sub-sect of the Kagyupas, pointing out that the name Dug-pa has been wrongly used in European books. Under the heading, “The Kar-gyu-pa Sect,” he writes:

The next great sub-sect is the Dug-pa* [*footnote: 'brug-pa . . .], which also arose with a pupil of Mila-rä-pa’s disciple, Dvag-po. . . Much confusion has been caused in European books by misusing the name Dug-pa, employing it as a synonym for the “red-hat” sect, which properly is the Ôi∫-ma. (p. 68)

But Waddell introduces a new error here, in saying that the “red-hat” sect is properly the Nyingma. In fact, all the orders except the Gelugpa wear red hats when hats are used. He no doubt meant that only the Nyingmas are entirely unreformed. Under the heading, “The Ôi∫-ma-pa Sects,” he writes further:
The wholly unreformed section of the Låmas was, as we have seen, named Ôi∫-ma-pa, or “the old school.” It is more freely than any other tinged with the native Bön or pre-Buddhist

Who Are the Dugpas in Theosophical Writings?
practices; and celibacy and abstinence are rarely practised. This is the real “red-hat” sect of Låmas, and not the Dug-pa as is stated in European books. (p. 72)
So we see that early European writers on Tibet referred to all the non-Gelugpa orders of Tibetan Buddhism as Dugpas. Moreover, even in Waddell’s book we notice a rather pejorative tone in his description of the “red-hats.” There was, historically, actual fighting and warfare between Gelugpas and Kagyupas for supremacy and state rule. This inevitably produces ill-will and prejudice. Markham notes in his book that a Chinese emperor attempted to reconcile the two factions.
As regards Tibet, an embassy had been sent to Lhasa by the Emperor Kang-hi, to reconcile the Yellow and Red Cap factions, . . . (p. lxi)

The prevailing attitude of prejudice between the two parties is clearly portrayed in the 1774 account written by George Bogle, found in Markham’s book:
It may be necessary to state that there are two sets of clergy in Tibet, distinguished by, and classed under the names of, Yellow Caps and Red Caps. The Dalai and Teshu Lamas are at the head of the Yellow Caps; the Red Caps have their own Lamas and monasteries. In times of old there were violent disputes between them, in which the Yellow Caps got the victory, as well by the assistance of the Tatars as by their superior sanctity. But as I adhere to the tenets of this sect, and have acquired my knowledge of religion from its votaries, I will not here say much upon the subject, lest it should be thought spiteful. I may be allowed, however, just to mention two things, which must convince every unprejudiced person of the wicked lives and false doctrines of the Red Caps. In the first place, many of the clergy marry; and in the next, they persist, in opposition to religion and common sense, in wearing Red Caps. The priests who now visited us were of this last sect. There might be about eight of them. Each held a staff in one hand and a rosary in the other. They formed into a circle,

Who Are the Dugpas in Theosophical Writings?
and began to chant their prayers, which, as I understood they were put up for my welfare, I was in no haste to interrupt. At length, to show them that, however hostile to their principles, I bore them no personal grudge, I dismissed them with a few small pieces of silver." (pp. 179-180)
Thus, not only did Blavatsky follow the usage then current, of referring indiscriminately to all the non-Gelugpa orders of Tibetan Buddhism as “Red Caps,” “Shammars,” and “Dugpas” (including also the non-Buddhist Bons), she also followed the then current prejudice against these orders. Whether or not there is any basis to this prejudice beyond historical animosities is another question. For now, I will conclude with a quotation from Blavatsky indicating that she did believe there were among these orders dugpas in the sense in which she often used the term, as black magicians or “Brothers of the Shadow”:

In the East, they are known as the “Brothers of the Shadow,” living men possessed by the earth-bound elementaries; at times—their masters, but ever in the long run falling victims to these terrible beings. In Sikkim and Tibet they are called Dug-pas (red-caps), in contra-distinction to the Geluk-pas (yellow-caps), to which latter most of the adepts belong. And here we must beg the reader not to misunderstand us. For though the whole of Bhûtan and Sikkim belongs to the old religion of the Bhons, now known generally as the Dug-pas, we do not mean to have it understood that the whole of the population is possessed, en masse, or that they are all sorcerers. Among them are found as good men as anywhere else, and we speak above only of the élite of their Lamaseries, of a nucleus of priests, "devil-dancers," and fetish worshippers, whose dreadful and mysterious rites are utterly unknown to the greater part of the population. (Blavatsky Collected Writings, vol. 6, pp. 197-198) 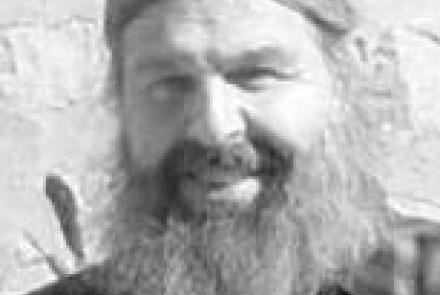