The Voice of the Silence: Bringing the Heart Doctrine to the West - by Nancy Reigle

The Voice of the Silence: Bringing the Heart Doctrine to the West - by Nancy Reigle

Among the many works that Madame Blavatsky brought before the public, The Voice of the Silence was unique in its appeal to the heart and spirit of humanity. Throughout, it repeatedly demands the greatest compassion that one is capable of towards one’s fellow man.

According to Blavatsky, The Voice of the Silence comes from “The Book of the Golden Precepts” which “forms part of the same series as that from which the ‘Stanzas’ of the Book of Dzyan were taken, on which the Secret Doctrine is based.”1 She says that The Book of the Golden Precepts “contains about ninety distinct little treatises,” thirty-nine of which she had memorized.2 Three of these she translated into English for us in The Voice of the Silence, which we know as the “Three Fragments.” One can surmise that she studied these treatises under the tutelage of her Adept teachers during her stay in Little Tibet and Tibet proper which she makes reference to in her writings.3

Boris de Zirkoff, in preparing an edition of The Voice of the Silence, yet unpublished, wrote an informative Introductory titled “How The Voice of the Silence Was Written,” which has been published in two places.4 Here he cites some interesting accounts given by several people who visited H.P.B. at some point during her writing of The Voice, much of which took place in Fontainebleau, France during July of 1889. Several visitors were asked by Blavatsky to read portions of The Voice while the manuscript was in progress, and they all had a similar reaction: they were deeply moved by the beauty and depth of compassion this work evoked.5 When asked by H.P.B. what he thought of it, G. R. S. Mead said, “it was the grandest thing in all our theosophical literature.”6

In their Foreword to the Peking edition of The Voice of the Silence, Alice Cleather and Basil Crump convey the Panchen Lama’s endorsement of this work as the “only true exposition in English of the Heart Doctrine of the Mahåyåna and its noble ideal of self-sacrifice for humanity.”7

Learn above all to separate Head-learning from SoulWisdom, the “Eye” from the “Heart” doctrine. . . . even ignorance is better than Head-learning with no Soulwisdom to illuminate and guide it. . . .8

In fact, within the Mahåyåna tradition there is an entire lineage which emphasizes the culture and development of a Bodhisattva. This “compassion lineage” was inspired by the writings of Maitreya.12 This is complemented by a corresponding “wisdom lineage” inspired by Ma∆ju≈rî in which the philosophical writings of Någårjuna are prominent.13 These two lineages of wisdom and compassion are not intended to be developed in isolation from one another, but instead function as complementary parts of a unified whole.

These two lineages have together produced entire treatises delineating 1) the course of action of a Bodhisattva, and 2) the stages of the Bodhisattva Path.14 Among these, the most popular and widely read is a Sanskrit work known as the Bodhicaryåvatåra. Its title literally means “Entrance into the Conduct of the Bodhisattva,” or “A Guide to the Bodhisattva Way of Life.”15 It was written by ˛åntideva, a Buddhist monk who lived in India during the eighth century.16

So here in Mahåyåna Buddhism we find works that serve as guides for our own training in the same noble ethics and compassion that H.P.B. urged us to practice in The Voice of the

Thou canst not travel on the Path before thou hast become that Path itself.17

Although there are differences in style and genre18 between The Voice of the Silence and the Bodhicaryåvatåra, they are similar in that they each serve the same function in their promotion of altruism. For comparison, let us look at some passages from each.

The Voice: Help Nature and work on with her; and Nature will regard thee as one of her creators and make obeisance. (p. 14)

Bodhicaryåvatåra: Wherever the heart’s desire of those who perform virtue goes, there its own merits honor it with an offering of its results. VII.42.

The Voice: Give light and comfort to the toiling pilgrim, and seek out him who knows still less than thou; who in his wretched desolation sits starving for the bread of Wisdom and the bread which feeds the shadow, without a Teacher, hope or consolation, and—let him hear the Law. (p. 37)

The Voice: And then, O thou pursuer of the truth, thy Mind-Soul will become as a mad elephant, that rages in the jungle. . . . Beware, lest in forgetting SELF, thy Soul lose o’er its trembling mind control, and forfeit thus the due fruition of its conquests. (p. 62)

Bodhicaryåvatåra: Untamed, mad elephants do not inflict as much harm in this world as does the unleashed elephant of the mind in the Avîcî hell and the like.

But if the elephant of the mind is completely restrained by the rope of mindfulness, then all perils vanish and complete well-being is obtained. V.2–3.

The Voice: The fearless warrior, his precious life-blood oozing from his wide and gaping wounds, will still attack the foe . . . Act then, all ye who fail and suffer, act like him; and from the stronghold of your Soul, chase all your foes away—ambition, anger, hatred, e’en to the shadow of desire . . . (p. 63)

Bodhicaryåvatåra: Let my entrails ooze out and my head fall off, but by no means shall I bow down to my enemies, the mental afflictions (such as ambition, anger, and hatred). IV.44.

The Voice: Now bend thy head and listen well, O Bodhisattva—Compassion speaks and saith: “Can there be bliss when all that lives must suffer? Shalt thou be saved and hear the whole world cry?” (p. 71)

Bodhicaryåvatåra: When fear and suffering are equally abhorent to others and myself, then what is so special about me that I protect myself but not others? VIII.96.

Now we have seen some of the similarities and differences in presentation between these two works. Because The Voice of the Silence is filled with references to the self-sacrificing nature of Buddhas and Bodhisattvas, as well as to the Påramitås, its Mahåyåna Buddhist character was easily recognized.19

In The Voice of the Silence 20 H.P.B. takes the spiritual seeker through the Three Halls of the Probationary Path; the choice between the Two Paths—Open and Secret, the Secret being the path of the highest altruism of a Bodhisattva; and then on through the Seven Portals, which are the Påramitås or Perfections of Mahåyåna Buddhism.21

The Bodhicaryåvatåra extols the virtues of Bodhicitta, which is the altruistic intention to become enlightened in order to benefit all sentient beings, encourages the spiritually-minded person to take up the path of unselfish service to others, and warns of the dangers in turning back once one has set out. Four of the Påramitås are each represented by a chapter in this work: Kßånti, Vîrya, Dhyåna, and Praj∆å, by chapters 6–9, respectively. Throughout, the Påramitås or Perfections are cited as virtues to be cultivated, in the same way as the Seven Portals of The Voice are the gateways of virtue leading to the path of highest altruism and compassion. As H.P.B. says:

To live to benefit mankind is the first step. To practice the six glorious virtues is the second.22

The Bodhicaryåvatåra, representative of the Heart Doctrine, has enjoyed a long history of popularity dating back to the eighth century when it was composed. Soon after, it was translated from Sanskrit into Tibetan and continues to the present day in an unbroken tradition. Its popularity flourishes today as it is promoted by H. H. The Fourteenth Dalai Lama in public teachings,23 and new translations of it are produced.

In comparison with its Mahåyåna Buddhist counterpart, The Voice of the Silence has a relatively short public history, beginning in 1889.24 After it was published, Blavatsky said in a letter to her sister:

The Voice of the Silence, tiny book though it is, is simply becoming the Theosophists’ bible.25

By the 1960s the editor of the Buddhist magazine The Middle Way had commented that The Voice of the Silence was such an exquisite work, why hadn’t the Buddhist community embraced it?26

Bodhicaryåvatåra has greatly increased in the West.29

In the meantime, it is only those who have the eyes to see, the ears to hear, and the heart to respond that can truly appreciate The Voice of the Silence and its sublime message of compassion. And for that, we are deeply indebted to Madame Blavatsky who first brought us that treasure of the Heart Doctrine which we know as The Voice of the Silence.

As long as space abides and as long as the world abides, so long may I abide, destroying the sufferings of the world.” 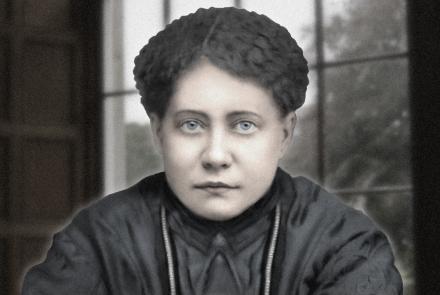