Wisdom of the Knowing Ones -Manly P Hall

Wisdom of the Knowing Ones -Manly P Hall

The Knowers and their Knowledge

Until comparatively recently few people were familiar with the word, “Gnostic”; a rather larger number was acquainted with its antonym, “agnostic”. Both are derived from the Greek “Gnosis”, usually translated as “knowledge”. An agnostic is thus a non-knower, i.e. one who denies all knowledge of ultimate realities, while a Gnostic is one who professes knowledge of such things. One needs to keep in mind, however, that Gnosis is not primarily rational knowledge; it has little to do with philosophical reasoning and even less is it associated with such matters as our contemporary, computer-related obsession with access to data. Elaine Pagels, author of the splendid work, The Gnostic Gospels, translates the term Gnosis, as used by the Gnostics, as “insight”, a term denoting both psychological and metaphysical cognition arrived at intuitively.

Manly P Hall's Wisdom of the Knowing Ones examines the relationship of Gnostic mysticism to the inner teaching of Plato, Valentinus, Basildon, and its spiritual flowering in ancient Alexandria.

If any group which shared in the Christian mystery possessed the esoteric secrets of early Church, it was the Gnostics, preserving to the end the highest ethical and rational standards.  The early Church attacked by Gnosticism vigorously and relentlessly, recognizing these mystical philosophers as being the most formidable adversaries to the temporal power of Christian theology. 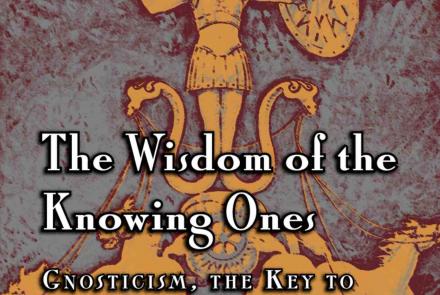