Freedom from the Self: A Study of the Yoga Sutras - Ravi Ravindra

Freedom from the Self: A Study of the Yoga Sutras - Ravi Ravindra

Patanjali’s Yoga Sutras are among the most important writings of the Yoga school, and have remained relevant for 2,300 years because of their wisdom and inspiration. In this webinar course, Ravi Ravindra will explore the heart and purpose of yoga as expressed in the Yoga Sutras, with special emphasis on section 2.2 which states that the true purpose of yoga is the cultivation of Samadhi, meaning freedom from the ego-self, and the diminishing of the kleshas, that are the impediments standing in the way of achieving this goal.

The course will be based on Ravi Ravindra’s book The Wisdom of Patanjali’s Yoga Sutras.

Ravi Ravindra is a professor emeritus at Dalhousie University, in Halifax, Nova Scotia, where he served as professor in comparative religion, philosophy and physics. A lifetime member of the Theosophical Society, Ravi has taught many courses in The School of the Wisdom in Adyar and at the Krotona Institute in Ojai, Calif. He was a member of the Institute of Advanced Study in Princeton, a fellow of the Indian Institute of Advanced Study in Shimla, and the founding director of the Threshold Award for Integrative Knowledge. His last book was The Pilgrim Soul: A Path to the Sacred Transcending World Religions and his new book on the Bhagavad Gita will be published by Shambhala Publications in the spring of 2017. For more information visit www.ravindra.ca . 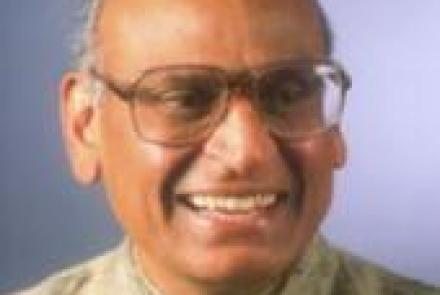