Mrs. Cooper-Oakley's painstaking research is so well-known, and so highly appreciated among students, that it is not necessary for me to recommend her work. She has traveled far and wide over Europe, visiting famous libraries, in order to collect, with long perserverance and unwearied exertion, the materials which we read at our ease, in comfortable armchairs, with their feet on the fender. So we owe her attention and our gratitude.

The great Occultist and Brother of the White Lodge, fragments of whose life are herein given, was the greatest force behind in the intellectual reforming movement which received its deathblow in the outbreak of the French revolution. Phoenix-like, it has re- arisen, and it reappeared in the 19th Century as the Theosophical Society, of which this Great Brother is one of the recognized leaders. Still living in the same body the perennial youth of which astonished the observers of the 18th-century, He has fulfilled the prophecy made to Mme. d 'Adhémar that he would show himself again a century after his farewell to her, and, in the growing spiritual movement which is seen around us on every side, He will be one of the acknowledged Chiefs. Profoundly interesting, therefore, must be every detail that can be gathered of His eighteenth century life, and much is gathered here. 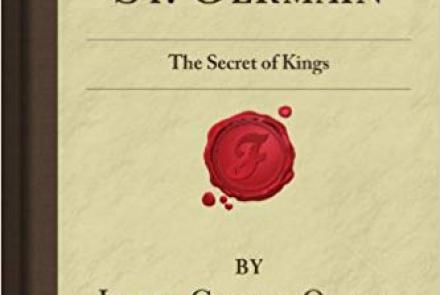