Cyril Scott and a Hidden School: Towards the Peeling of an Onion - by Jean Overton Fuller

Cyril Scott and a Hidden School: Towards the Peeling of an Onion - by Jean Overton Fuller

There is a group of books, anonymously and pseudonymously published which excited enormous interest in the 1920s and ‘30s and exerts unexpected influence now. First comes, The Initiate, Some Impressions of a Great Soul (1920), followed by The Initiate in the New World (1927) and The Initiate in the Dark Cycle (1932), all presented as “by His Pupil.”

In the first, the storyteller, Charles Broadbent, meets, in worldly London, Justin Morewood Haig, a man who seems at first to be as other men, though he dispenses advice—in which non-jealousy is a recurrent theme—which, though provocative is found by its recipients eye-opening. He accepts Broadbent as his pupil, but then the latter wakes one morning to find on his pillow a rose, and beneath it a note from Haig, saying he has been called elsewhere. Broadbent had—from living in hotels—locked the door of his room before going to bed. So Haig was an Initiate. 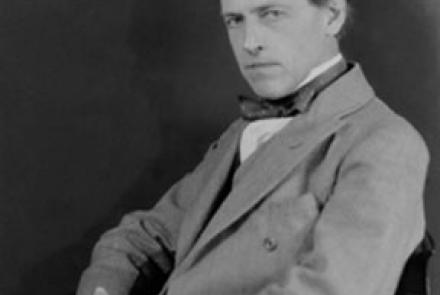