These are a series of talks and question and answer sessions at the Katherine Tingley Memorial Group held from 1929 through to the 1940's. Edited by Arthur L Conger.

He was born on 15 January 1874 in Suffern, in New York. His father was a priest for several years and has worked in Geneva and then in Rome and Strasbourg, while his mother came from a reputable family in New England. It was expected that the son will go to the father’s footsteps and serve the Church. When preparing for the priesthood, he specialized in Hebrew, Latin and Greek. With the help of private teachers he improved his knowledge of ancient and modern languages, including Sanskrit, Italian; French and German were spoken natively in the family. He returned to United States when he was 18 years old and finally settled in San Diego, where he joined the “Point Loma Lodge” of the Theosophical Society, headed by William Q. Judge . It is important, however, that it is precisely the study of literature, which was written in Sanskrit, and Eastern philosophy led to Theosophy. A year later he returned to Geneva to spend some time with the family and only returned in 1902 to the United States, where he settled permanently in Point Loma, California.aHe closely collaborated with Katherine Tingley. He has been involved in many activities and in the early years of his arrival in Point Loma acted as private secretary of Katherine Tingley and later as a member of her cabinet. From 1911 onwards he was editor of The Theosophical PATH. He oversaw the publication of successive editions of H. P. Blavatsky. After the death of Katherine Tingerly, 1929, Gottfried became successor as head of the Point Loma Theosophical Society. With the leading position in the Society has also brought many innovations that have been primarily focused on the expansion work, among which stood out above all fraternal world-wide Fraternization Theosophical Movement, whose aim was to establish closer and more friendly relations between the various theosophical groups. Shortly afterwards, when he took over the administration of the Society, he began publishing The Theosophical Forum, whose first issue was published in September 1929th. Already during his administration, he taught a lot in the public (mainly in the Temple of Peace in Point Loma), he led member as well as private courses of in-depth study of esoteric philosophy. Some of his works were later composed exactly in these lectures, while others were created as an independent texts. The seat of the association Purucker in June of 1942 transferred to the Covina in California and in September of the same year he died suddenly.a 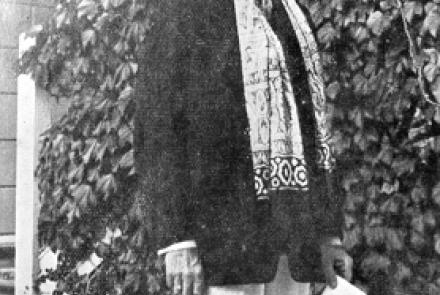