John Sebastian Marlow Ward, also known as J. S. M., had a vision early in December 1913 in which he learned of the death of his father-in-law, H. J. L. The vision began with a message that he had died suddenly and went on to show his funeral where Ward and his wife Carrie were present. On January 5th (H. J. L.'s birthday), Ward and Carrie received a telegram to say H. J. L. had suddenly died. That same night H.J.L. came to Ward in a dream and said, "I have been trying to speak to Carrie, but can't, so I have come to you. Tell her I am alive, more alive than before I died; that I am mentally clearer than I was for some time before I died". This was the beginning of a series of messages from the afterlife from H. J. L. and other communicators who explained the conditions from their different perspectives in the astral plane, the spirit plane, and Hell, also referred to as the Realm of Unbelief. Gone West is a reminder to us all that the adage 'As you sow, so shall you reap' is a law that can never be avoided, and the experiences of the communicators demonstrate that hellish states that await some of us when we physically die. "As to Purgatory, it corresponds roughly to where we all are now. Only it's more a place of learning than of punishment. Still, we are punished, because I can't help regretting the time I wasted on earth..." - H. J. L.

This is a very interesting book and there are very few of its kind published. 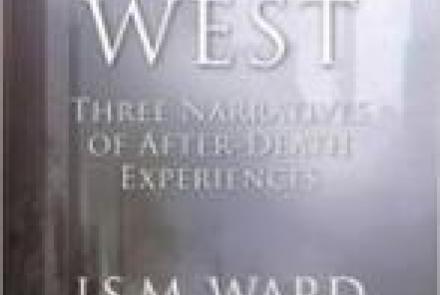