The International Theosophical History Conference ( 12 - 14 June 1992) has proven to be a most fruitful source of information on topics that hitherto have been generally ignored or only have marginally investigated. One such subject is the English novelist Joan Grant (1907-1989). The author of such "novels" as Winged Pharaoh, Eyes of Horus, Life as Carola, Scarlet Feather, Return to Elysium, So Moses was Born, and an autobiography, Time out of Mind, Miss Grant gave some indication-at least to her faithful readers-that she may not have been  writing simple fiction after all but had actual recollections of her past lives. Whatever one's opinion of Miss Grant either as a person or as a writer, Jean Overton Fuller provides a highly erudite and engagingly personal account of the author that will certainly arouse the reader to read or reread her tales of yore.

Readers will no doubt find Miss Fuller's review and analysis of the above books to be most informative, but what makes this essay so appealing is her recollection of that long weekend in 1944, when she met the author and her then husband, Charles Longford Beatty. Their long conversations left little doubt that Joan and Charles  were absolutely convinced that they experienced former lives. Yet it is one thing to believe such an account, another to verify it. Unlike the Lives of Alcyone, which is but one example of a tale of successive reincarnations, Miss Grant's accounts of ancient Egypt could at least be partially substantiated due to the · historical and linguistic evidence that remains of that remote epoch. Miss Fuller's researches in hieroglyphics and Egyptian history shed considerable light on the events described in Miss Grant's books, but it must be  left up to the reader whether the evidence leans more to a verification of her accounts or not.
Jean Overton Fuller is a frequent contributor to Theosophical History and the author of such  works as  Blavatsky and Her  Teachers,  The  Comte  de  Saint-Germaine,  Shelley: A Biography, and Swinburne: A Biography.  In addition, Miss Fuller is a poetess and an artist of note. 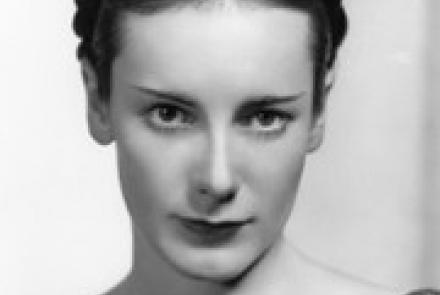