Man and the Zodiac by David Anrias

Man and the Zodiac by David Anrias

In Astrology it has long been known that the sign of the zodiac, rising in the east at birth (the ascending sign), largely determines physical appearance. In this book David Anrias shows what each sign looks like when rising. He goes further and, dividing each sign into 10 degree sections (known as decanates ), shows how appearance changes, from early degrees, to middle degrees, to late degrees of the same sign. All 36 drawings are by the author himself, who was an accomplished artist and a keen observer. Twelve of these you will find in the frontispiece, the remaining 24 are in Book 1, chapter 7. While other artists have sketched the twelve basic types, and one or two have given variations on some of them, Anrias is the only astrological artist/ writer to make systematic sketches of all 36 variations. Anrias follows this with deft character sketches. If a given decanate (the third decanate of Libra, for example) produces a distinct face, it also produces a distinct personality.

Of this book, Dr. H., of Regulus Astrology LLC (author of A Rectification Manual; America is Born) writes, "I find Anrias' use of the decans based on triplicities more accurate than Chaldean decans for application in physiognomy judgments."

For those of you looking for good stuff on spiritual astrology, Anrias has the most sophisticated, most subtle notes I have read anywhere. Unlike most other writers, Anrias was himself spiritually advanced, and for many years associated with a number of other spiritually advanced people. (These were people, like Alice Bailey, Jiddu Krishnamurti, Dane Rudhyar, and Annie Besant, who had actual accomplishments to their credit.) Unlike anyone else I have ever read, by 1937 Anrias seemed fully aware the Piscean Age was fading rapidly - which, in fact, it was. He had hopeful ideas of what would come next. There is much in this book to ponder and learn. As a small example, imagine the thought process that produced this, a footnote on pg. 32:

In any case the Aquarian forces will cause a repolarization within both sexes; for Uranus influences the minds of men and the emotions of women, whilst Neptune sways the minds of women and the emotions of men. Thus the old occult method of neutralizing the forces of Mars through those of Venus is rapidly becoming abortive and will be completely obsolete before the end of the century.

Which is to say the Aquarian Age will forcibly pull the sexes apart, rather than push them together. Written in 1937, this is as shrewd a forecast as any. 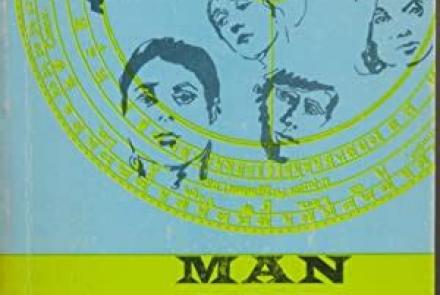