Meditation for Beginners by J Wedgwood

Meditation for Beginners by J Wedgwood

]ames lngall Wedgwood was born in London in 1883 and died in Famham in 1951. He was a member of the well-known Wedgwood family that has for some generations distinguished itself in art, in science, in industry and in other branches of public service. When a young man he studied church music and organ construction and later received the degree of Docteur (Sciences) de Universite de Paris for a textbook on this subject which is still used. In 1904, deeply influenced by a lecture of Dr Besant's, he Joined the Theosophical Socieg, becoming General Secretary of the English Section i1916 he was consecrated as the first Bishop of the Liberal Catholic Church, a movement devoted to liberalizing Christian thought, which he did much to foster.

This reprint of his small but invaluable book on meditation had been planned before his death. Those who are responsible know that his many friends would not wish it to appear at this moment without some small recognition of the debt owed to him by students and aspirants throughout the world. Its publication is only one of the many tributes that will continue to be paid to him, in appreciation of what he has given not only to those who knew him but to all mankind. 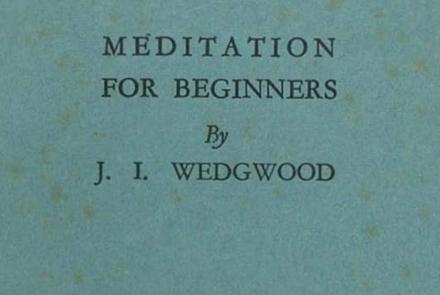