The Seven Rays by Ernest Wood

The Seven Rays by Ernest Wood

It was in The Secret Doctrine of Н. P. Blavatsky that the modern world was first presented with the phrase “The Seven Rays.” It went along with a statement that all things and beings in the world—all forms of mind and matter—arose from combinations of seven fundamental impulses. It was maintained that the substance or basis of the whole world—objective and subjective—is “spiritual,” which means, to practical and realistic persons, “something beyond thought.”

The old terms “spirit, soul and body” fit very well into this outlook, if we take the soul to mean the mind in its fullness, with all its thinking, feeling and willing, and take the spirit of man to be something beyond it, completely indefinable in terms of mind or body, but necessary to their existence and interaction.

The statement that there are seven rays or ultimate and distinct elements of “life impulse” is best understood as a vast generalization. The question then arises: “What is the best way to ascertain whether this generalization is true or not?” The answer to that is: “The proof of the pudding is always in the eating.” Observe that it “works,” or it “pays,” at least in human life.

All scientific knowledge that is concerned with facts beyond the direct reach of our senses begins as a theory. We put such theories to the test of action in the course of our practical living. If they work without fail we accept them as true in their relative fields, and use them as fully as possible in our lives. This is what we are always doing in all matters, small or great.

This is surely the method to be followed also when we are confronted with the statement that there are seven rays, or, as we sometimes express it, seven types of human beings. It has been found by thousands of people who have read this book that this study of the Rays has helped to provide them with vocational and avocational guidance in the broadest and fullest sense. It gives a very clear picture of human living and its problems, and thus opens up the way for the more intelligent use of our faculties. Half the business of walking, it is well known, is in the seeing, and only half in the workings of legs and feet; so also with regard to all human actions—half is knowing and half is doing. To know about the rays is a help.

It is often remarked that we are small creatures in an immense world. Individually our scope is small. It is only in quality, not in quantity, that we can be great. Is this not perfectly evident, upon a moment’s thought? Are we not in a “hall of a million games,” each seated at one table or chess board, now winning, now losing, materially, but spiritually always gaining, from both lost and won games, provided we have made the effort to win? It is a joyful truth, too, that much quantity of living is not expected of us, and would in most cases be an unkind encroachment upon the lives of our companions.

With such knowledge, we are in a position to choose what games we will play in this life of ours, or in what is left of it, even if only a day. With such purposefulness in practical living we shall soon begin to be aware of shafts of spiritual experience— strengthening our powers, illuminating our understanding, softening our affections, and opening the door to a future incomparable with the past.

It is recognized, of course, that apple pies and mangoes—all the material things and sensations—are greatly important; that an objective world, always presenting problems, always resisting to some extent our desiring and thinking and willing, is necessary to the kind of consciousness we now enjoy, steeped and bathed as it is in the triple experience of the mind. We expect something more, and it will surely come, but the way to its coming will be through fulfillment, not through any sort of suicide, physical, emotional, or mental.

In this study, the importance of little things becomes very evident. “Do it well,” becomes the motto, even if it is only the picking up of a pin or the putting down of a pen. And even then, not “Do it well as a means to an end” but as a delight in itself, which will soon be discovered when one ceases to act merely as a means to an end, but rather with the true valuation of the present moment, which is the action being done. I am reminded in this matter of a short poem in this connection written by Emerson, entitled, “Heri, Cras, Hodie”:

Shines the last age, the next with hope is seen,  To-day slinks poorly off unmarked between:

Future or Past no richer secret folds,

Any ulterior motive can vitiate the moment, and prevent the discovery.

“If there are seven rays or types, and each one of us belongs, as it were, especially to one of these, and conducts his pathway in life accordingly, will there not be a tendency to narrowness or over-specialization?” This is a question often asked. The answer is, “Not if we understand the situation.” All the seven rays are always present in everybody, but one of them in each person is the captain of the team or the president of the board, and the other six rally round, and use their own specific talents to help carry out his purpose. A comparison with high school education may help us to understand this. The ideal in that is, I believe, to give about half the time to the student’s special branch of study and distribute the other half of the time to a variety of subjects, comprising general education.

It is one’s own ray that provides the deep motive of one’s living, determines where one’s happiness lies, and is the key to one’s decisions. What a difference there is between the pleasures, and the lives, of a cat and a dog! It is the same with different human beings. We rejoice in different kinds of goods, and of goodness. In the ray impulses, one must add, there is only goodness.

It is in the nature of us human beings to respond to good things. We are born to goodness, as the sparks fly upwards. It is for this reason that in all men we find a response to some sort of goodness. If there is sometimes a disdain of goodness, this rule is still not broken, for the person who displays it does so only on the misunderstanding that it is opposed to some other sort of goodness of which he is a devotee. Thus children delight in the exploits of malefactors, as shown in some of the so-called “comic strips.” They find a manliness there, to which they are striving unawares. Everything is turned to the same purpose in the end. When there is ridicule of the contrary qualities, the “sissies,” one realizes that it must require great freedom of spirit, courage and manliness to be one of them.

As to evil, it is our nature to void it. I remember in my youth being much impressed by a statement which I found in the writings of Seneca, the Roman philosopher, in which he spoke up for the ordinary thief, claiming for him an instinctive goodness, because the man would much rather come by the coveted article honestly than dishonestly. He could not resist the lure of it, and so he fell—not that he wanted to fall, unless perhaps he was proud of his cleverness in stealing, which after all would have been called a good thing had it been applied to a meritorious end. “Lead us not into temptation,” is good psychology.

It will have been noticed that I have used the word “types” instead of “rays” occasionally. The rays appear as types or classes, so that it is quite appropriate to speak of the seven types of men. Still, it would not be correct to regard a person as showing his type or ray unless he stands for something. Many people are very passive or negative in the face of circumstances. A study of their condition shows that they are interested only in the pursuit of bodily pleasure or in the avoidance of possible bodily pain. This may be called the elementary or child stage of a human being, whatever the actual age of his body.

The next group are interested in some sort of mental or emotional enjoyment— the pursuit of knowledge or of some object of affection, or of power of some kind, expressed in the field of politics, commerce, art, religion, etc. In such persons there is initiative. It is when there is some such human initiative that the type or ray can be seen with least confusion.

To get the utmost benefit out of a knowledge of the rays one should apply it especially to one’s own material and psychological problems of life. An academic interest in the subject is, of course, useful. One would like to see this material included in the psychological studies of the schools and universities. But if the subject is not merely looked at mentally, but is applied, there is a greater gain, because it is concerned with feelings and the will, as well as thought. And it is not to be thought that in this application of knowledge the aim is the pleasure of the pride of personal achievement or greatness. The issue is much more practical and sensible than that. The object is to live rationally instead of blunderingly, to come into harmonious relations with the things and beings of the world and one’s own proper path of being.

Madame Blavatsky’s teachers, she told us, were Orientals, imbued with Buddhist and Brahminical teaching, and familiar with their literatures and technology, so she followed their terminology, and I have done the same in this book. In the present revision I have seen no reason to alter this course, knowing well that the principles and facts of life are the same in all parts of the world, and knowing also that the readers who are most likely to benefit by this work are those who are free from prejudices of creed and race and are interested in the subject itself rather than in the persons who present it or the forms in which it is clothed. 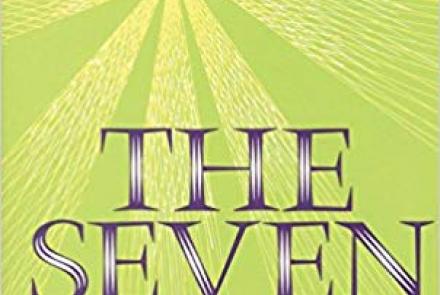