The Yoga of Jesus: Teachings of Esoteric Christianity - by Mauri Lehtovirta

The Yoga of Jesus: Teachings of Esoteric Christianity - by Mauri Lehtovirta

Preface to the English Edition

The Yoga of Jesus was published in Finnish in spring 2009. The text and title were already finished in January 2009 when I heard that there is a book compiled from Paramahansa Yogananda’s writings having the same name in English. I didn’t know at the time that we would translate the book into English for interested readers in the United States and elsewhere. The present work and Yogananada’s book have only in common that they both comment on the beat-itudes in the Sermon on the Mount. It is interesting to note how close the interpretations coming from different traditions can be, as well as how sacred books can be opened with various keys, so to speak. It is also important to remember what Pekka Ervast (1875–1934), a Finnish Theosophist and expert on esoteric Christianity, advised: readers should delve into the spirit of the Sermon on the Mount and find the interpretation that is closest to them.

Ervast has been, and still is, an important spiritual teacher in Finland. He was an author who had deep insights into the meaning of Jesus’s sayings. With great heart and wisdom, Ervast familiarized himself with the spiritual practices contained in the Sermon on the Mount; he probably was the first one in the world to talk about the changes that take place in those who follow Jesus’s five commandments in their lives.

For the last thirty-five years, I have lived as an active truth seeker. I started to understand the deeper aspects of Christianity after I had a strong transformative experience thirty years ago. I have delivered lectures and written a great deal about it, and many times I’ve been asked whether I am planning to write another book. I have answered that I have no such plans: the system of spiritual development described in this book is enough for the rest of my life.

Following the path taught by Jesus in the Sermon on the Mount is so demanding in practice that I’m quite certain that my lifetime is not enough to reach the goal. Seeking for truth, talking about spiritual matters, lecturing, and artistic performances in the form of music and songs have been important ways to make spiritual knowledge and insights available to others. However, truth will begin to reveal itself only after we start applying it in everyday life, among people, as we make esoteric Christianity a touchstone of our lives.

I wish to express my heartfelt gratitude to Antti Savinainen and Richard Smoley for their diligent efforts to translate and edit The Yoga of Jesus, which has no doubt been a demanding process. Moreover, I wish to thank the Kulmakoulu Foundation, which has provided financial support for this project. It is my deepest hope that the teachings of The Yoga of Jesus will provide the reader’s heart and mind with strength, joy, and light. I believe, and I know personally, that these teachings have the power to do so. 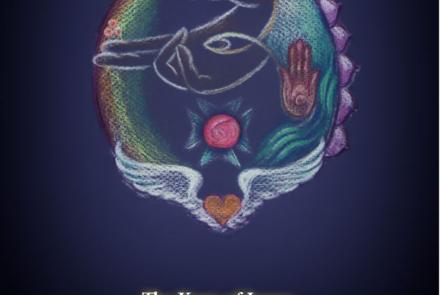